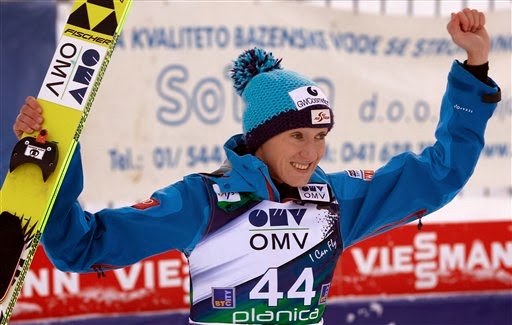 Openly gay veteran ski jumper, Daniela Iraschko-Stolz of Austria, says she doesn’t plan to attempt any protest of Russia’s controversial anti-gay propaganda laws at this year’s Winter Olympics because “no one cares.”

“I don’t think it’s a good idea to make protests here, no one cares,” she said after training Sunday. “I know Russia will go and make the right steps in the future and we should give them time.”

Iraschko-Stolz has been dominating the past two days of training runs in Sochi and is favored for the gold medal on Tuesday.