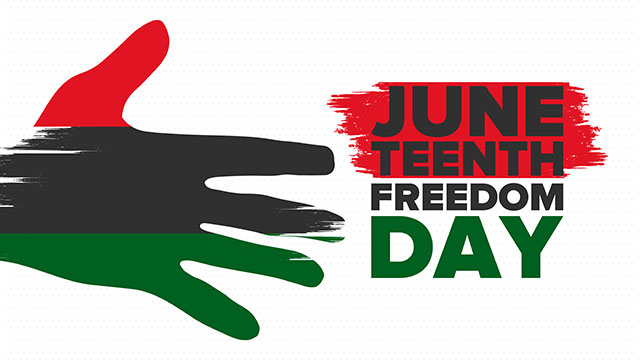 Today is the 155th anniversary of the day Union troops delivered federal orders freeing all previously enslaved people in Texas. The Lone Star state was the last to receive the news of emancipation two years after the fact.

Juneteenth, as the holiday became known, is a time to honor and reflect on the history, independence, and resilience of the Black community in America.

This year’s observance carries particular weight in light of national protests calling out the brutality and systemic racism that still exists specifically in police departments across the country. The murders of Breonna Taylor, George Floyd, Dion Johnson, and so many others underscore in stark terms the fight for Black lives, for justice, and for racial equality is far from over.

Sadly, we live in a time when many of the nation’s leaders, like Donald Trump, reveal their ignorance on the history of Juneteenth.

After receiving pushback for scheduling a campaign rally on this date in Tulsa, Oklahoma – the site of the deadly massacre that left 300 Black Americans dead 99 years ago – Trump told the Wall Street Journal in an interview that no one had ever heard of the historic date before he scheduled his rally.

“I did something good: I made Juneteenth very famous,” Trump told the Journal. “It’s actually an important event, an important time. But nobody had ever heard of it.”

The Journal added that Trump “paused the interview to ask an aide if she had heard of Juneteenth, and she pointed out that the White House had issued a statement last year commemorating the day.”

Note: Having grown up in Texas, I’ve been aware of Juneteenth since I was a small child.

As we move forward, please consider supporting the NAACP, Black Lives Matter Action Fund, and the Southern Poverty Law Center. Any donation, large or small, can help these important advocacy groups in their efforts to end systemic racism and move closer to attaining justice and equality for the Black community.

On June 19, 1865, in Galveston, TX, the last enslaved African Americans were finally given notice of their freedom. 155 years later, we're still on the long road to equality, equity, and fairness for all.

We can't rest until the promise of this nation is fulfilled. #Juneteenth pic.twitter.com/ZHOH8Hz57H

Juneteenth has never been a celebration of victory, or an acceptance of the way things are. It’s a celebration of progress. It’s an affirmation that despite the most painful parts of our history, change is possible––and there is still so much work to do.https://t.co/5XCRdnk3iR

Juneteenth is more than a celebration of emancipation. It is a call to continued action for racial justice. We must answer it. https://t.co/lJIPXxeI07 pic.twitter.com/EhEgT8ZOkO