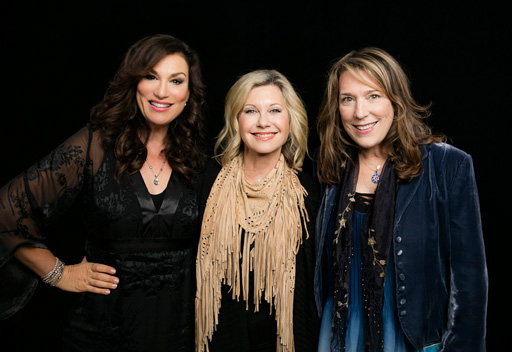 This past Sunday night, Nashville celebrated the best of the best in honoring this year’s inductees into the Nashville Songwriters Hall of Fame.

Olivia Newton-John and Amy Sky performed Hall of Fame inductee Beth Nielsen Chapman‘s moving “Sand and Water” in her honor. The song is included in the new album from the three artists released last week, LIV ON.

Chapman wrote the song in the aftermath of losing her husband to cancer, and has been featured in several films and TV shows.

I’ve loved the song since I first heard it back in the 90s. As a cancer survivor myself, I’m moved every time I hear the words.

It’s especially touching to see Chapman’s son (who is referenced in the lyrics of the song) perform with Newton-John and Sky here.