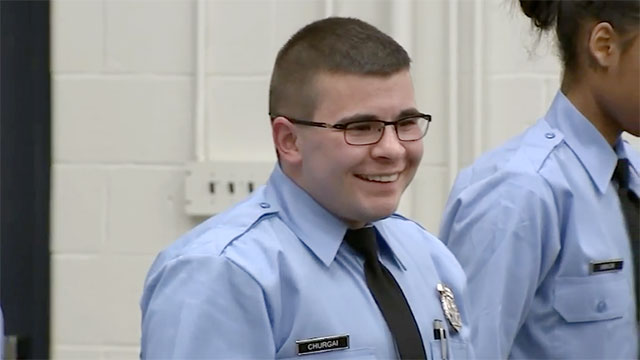 As the latest class of police recruits gathered at the Police Academy in Philadelphia to pose for their class photo last week, newly-minted police officer Benson Churgai shared a personal secret with his fellow graduates.

Addressing his classmates from a prepared speech, Churgai began, “I want to be honest with everyone here. In April 2016, I made a decision that was best for me. I came out as a transgender male.”

“I struggled for a long time with who I was,” he continued. “I knew that if I continued to live my life as [a] female, it was not going to work out.”

Over the next few minutes, the 24-year-old explained he’d “rather have a discussion with everybody” in an effort to “help prevent feelings of betrayal.”

In coming out to his fellow graduates, he becomes the first transgender recruit to graduate from the Philadelphia Police Academy. Churgai notably graduated as the salutatorian of his class.

Before Churgai’s announcement, only a few commanders involved in recruitment and training were aware he was transgender. 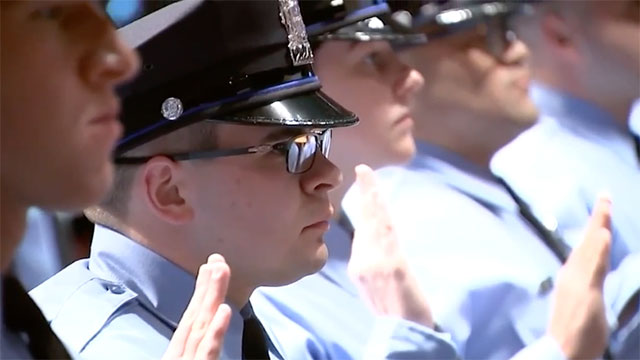 “I wanted to go through the academy like every other recruit,” Churgai told local ABC News affiliate WPVI. “I didn’t want people to know I was transgender because I didn’t want to be treated differently. I wanted to be held to the same standards as everybody else.”

“Sometimes it seems that your hopes and dreams are not possible when you come out as transgender, but it is possible,” added Churgai. “It is possible to be who you want to be and do the career you want to have, it’s possible. Just because your trans it doesn’t mean you can’t.”

Philadelphia Police Inspector Verdell Johnson, who supervises the recruits, told the Inquirer Churgai was selected solely “on his ability to pass a rigorous background test and physical training.”

Police Commissioner Danielle Outlaw told the Inquirer among his department’s top priorities is to “ensure that our ranks are diverse, inclusive, and reflective of the communities we serve.”

“I was proud of him,” said fellow classmate Jarrett Ross. “We need more of this in our department. We need people from all different walks of life, people who can relate to different things.”

Churgai says it has been his dream to be a police officer his whole life because “you get to people on the best and what could be one of the worst days of their lives.”