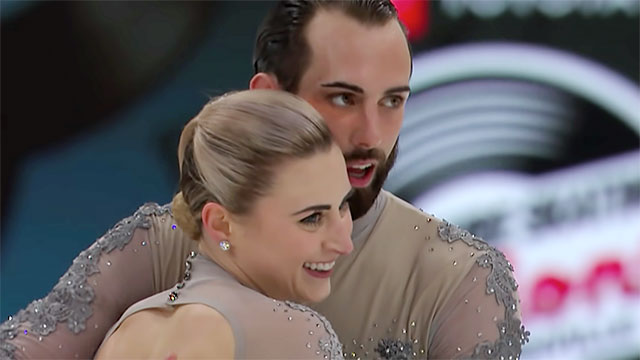 LeDuc and partner Ashley Cain-Gribble will be one of two pairs representing Team USA next month.

Two teams taking on the world.

NBC News reports LeDuc “is no stranger to historic firsts — they were the first openly gay athlete to win gold in a U.S. pairs event in 2019 — but making Team USA would be especially meaningful because LeDuc… hasn’t always felt welcome in their sport.”

Cain-Gribble/LeDuc won the pairs event at nationals Saturday night with a 145.84-point free skate, which contributed to a 225.23-point total.

Fellow skaters Alexa Knierim and Brandon Frazier were chosen as the second pairs team to represent the U.S. in  Beijing.

There was drama involved in the selection of Knierim and Frazier after a positive COVID-19 test forced Frazier to withdraw from the national championships this weekend.

Knierim and Frazier asked the selection committee to consider them for the second spot based on their body of work. And the committee chose them over national runner-ups Jessica Calalang and Brian Johnson.