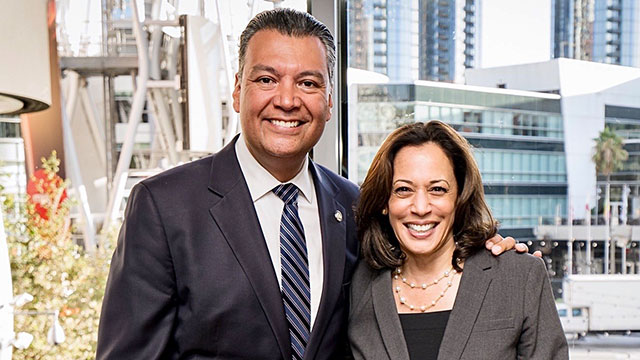 Harris will be resigning from the Senate next month prior to being sworn in as the country’s first female Vice President.

Harris’s departure will mean there will be no Black women serving in the chamber. Padilla will be the first Latino from California to serve in the Senate.

At age 26, Padilla won a seat on the Los Angeles City Council during the anti-immigrant tumult of the 1990s after California voters approved measures requiring “English-only” public schools and banning immigrants who were in the U.S. illegally from government assistance and services.

Padilla, who earned a degree in mechanical engineering from the Massachusetts Institute of Technology, went on to become the city’s youngest council president, a state senator and California’s current, two-term secretary of state.

Newsom will now turn to choosing who will replace Padilla as secretary of state.

Padilla will become the first Latino to represent California in the Senate, succeeding another history-making politician, Kamala Harris. https://t.co/Cj36zAyyZj