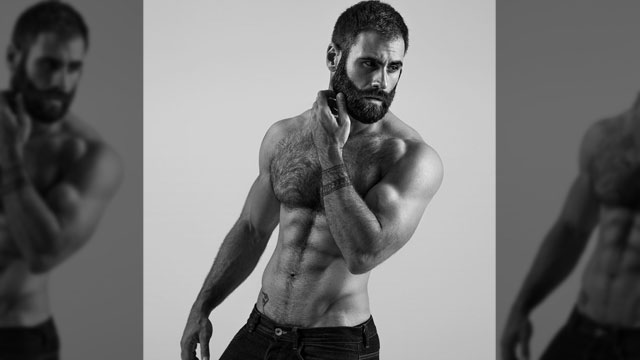 • InstaHunks: Paleontologist Francesc Gascó (above) says good night from Madrid. You can follow him on the Gram of Insta here.

• MetroWeekly: A Missouri man, Freddie Doyle, has been sentenced to nearly four years in prison for attempting to shoot patrons of an LGBTQ bar in St. Louis with an AR-15-style rifle. After being apprehended, Doyle told police he would “have killed those faggots” if he had more time.

• Washington Blade: Openly gay Mayor Alex Morse of Holyoke fell short in his attempt to unseat longtime Congressman Richard Neal. In the weeks leading up to the primary, Morse became the target of an ugly, homophobic smear campaign.

• New York Times: Joe Biden and his wife, Jill Biden, will travel Thursday to Kenosha, Wisconsin, to visit a city still reeling from the Aug. 23 police shooting of a Black man, Jacob Blake. The Bidens will be meeting with Mr. Blake’s father and other family members during the trip. During Donald Trump’s recent visit, the president did not mention Mr. Blake, who was paralyzed in the shooting, or speak with his family.

• New Music: Out artist Michael Fairman’s music video for “Other Side” depicts some of the biggest social issues of 2020 including the Covid-19 pandemic, the call to stomp out systemic racism, domestic violence, LGBTQ equality, and the rights of the disabled.

A new artist to me, Fairman’s packing some serious vocals (and biceps) here.