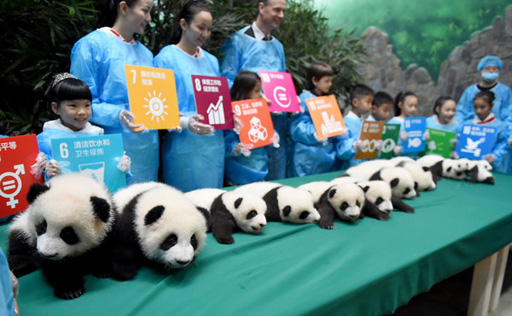 • You know you want to see what baby panda kindergarten looks like at the Chengdu Research Base of Giant Panda Breeding in China. #SuperCuteness

• Outgoing Speaker of the House John Boehner and White House may have found enough common ground to pass a two year federal budget bill. See what can happen when Congress does it’s job? Will wonders never cease?

• After 20 years, a man issues an apology to a gay couple he taunted in public.

• Indiana Republican Brent Randall may oppose equal protections for LGBTs, but he believes in his right to have an active profile on a gay dating website. Btw, Randall erroneously believes Indiana state law protects LGBTs – a fact Gov. Pence and all of America is well aware is untrue.

• A month ago, the anti-LGBT group One Million Moms launched a boycott against Frito Lay/Pepsico due to the company’s “rainbow Doritos,” which was a limited run of colorful chips with the intent to raise money against bullying. Not only did the chips sell out in 24 hours, the company’s stock has gone up 10% in one month. Good job, OMM!