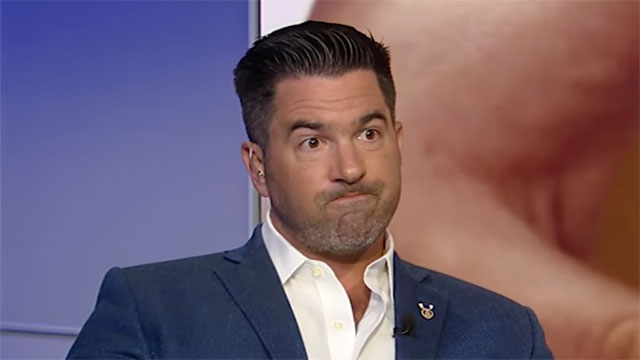 • Tweet of the Day: Sean Parnell (above), a Trump-endorsed candidate for the U.S. Senate, is accused of strangling his wife. In a Fox Nation interview he shared this – “The idea that a woman can live a happy and fulfilling life without a man, I think it’s all nonsense.” He goes on to boast about mens’ ability to defend women from dinosaurs…

“It used to be, you know, women were attracted to your strength because you could defend them from dinosaurs.”pic.twitter.com/fxiCJLeNWL

• The Advocate: Black transgender woman Marquiisha Lawrence, 28, was shot to death on November 4. She is one of at least 45 trans/nonbinary people known to have died by violence in the U.S. this year, surpassing the record set last year of 44 deaths.

• Queerty: Conservative radio host Dennis Prager made the ridiculous claim that Americans refusing to get vaccinated for Covid-19 are treated worse than patients at the height of the AIDS epidemic.