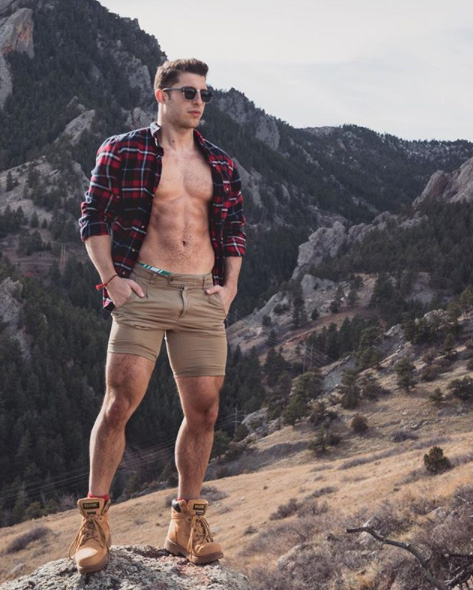 • Say hello to David Faulon (above), originally from Spain but currently living in Boulder, Colorado. Not only does the hunky 26-year-old have PhD’s in Chemistry and Bioengineering, dashing David is also a pro-dancer who taught urban dance for five years in Barcelona. #Woof

• Sixteen men arrested last month during a crackdown on homosexuality by the authorities in Egypt have been sentenced to three years in prison.

• The Trump Organization has announced the new Trumpstore.com which sells a $32 Trump Golf hat made in Bangladesh, and a $25 faux gold bouillion “TRUMP” coin bank made in China. Whatever happened to “America First?”

• If you like my short and sweet News Round-Ups, you’re definitely going to like kenneth-in-the-212’s “Remains of the Day” posts 🙂

• YouTuber Elle Mills is getting tons of attention for her awesome, creative coming out video. Over 800,000 views in two days. Check it out below.