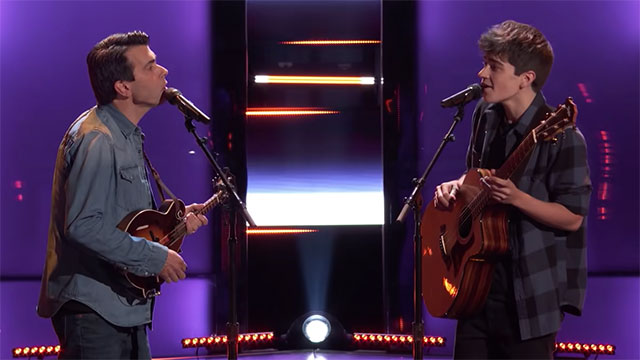 • The Voice: I’m so happy to see Jim and Sasha Allen, father and son, do so well this season. On top of their genuinely satisfying performances, Sasha is the first trans competitor to make the Top 10. Check out their blind audition below. I’ll be writing about them more…

• The Advocate: Russia’s Parliament will consider restrictions on films and TV shows with same-sex love scenes, making them viewable only by “special access … as with pornography,” a lawmaker said this week.

• Washington Post: The Republican National Committee is pushing back against a state party leader’s call for Ronna McDaniel to resign as RNC chairwoman over her outreach to the LGBTQ community.

The Republican National Committee is dismissing a call for Ronna McDaniel to resign as chairwoman over her outreach to LGBTQ voters: https://t.co/igsnWNG7wD

• Huffpost: Aiden Bilyard, who was known to online sleuths as #HarvardSweats, smashed out a window at the Capitol and attacked law enforcement. He then reported for Air Force basic training.

• Religion News Service: The Seventh-day Adventist Church has removed a New York City pastor, Burnett Robinson, who said in a sermon earlier this month that husbands may rape their wives.

🏆 Song Of The Year
• Montero (Call Me By Your Name)

🏆 Album Of The Year
• Montero

🏆 Record Of The Year
• Montero (Call Me By Your Name)