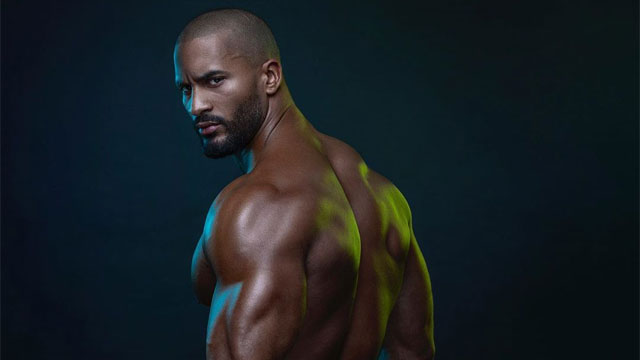 • InstaHunks: Joel Green (above), photographed by Tibo Norman, is definitely giving off some super-hero vibes a la The CW.

• The Hill: A new poll shows that 66% of Republicans believe adoption groups should not be able to turn away LGBTQ parents, compared to 75% of Democrats and 73% of independents. Overall, 72% say adoption agencies should not be allowed to deny service to members of the LGBTQ community, while 29 percent disagreed.

• NBC News: A Florida jury has awarded a gay man more than $157 million in a wrongful death lawsuit after his husband died from lung cancer caused by smoking cigarettes, in what an attorney said is the first such case involving a same-sex married couple.

• Raw Story: The Republican National Committee admits to buying nearly $100,000 worth of Donald Trump Jr.’s new book just days before it was released. When the tome landed on the NY Times Bestseller list, it received a connotation that ‘bulk purchases’ were involved in the sales numbers. NY Times reporter Nick Confessore confirmed the bulk purchase today with the RNC today.

New FEC disclosures show a single large RNC payment of $94,800 to Books-a-Million in October, a few days before “Triggered” was released. An RNC spokesman confirmed that the expenditure was connected to their promotion of Don Trump Jr.’s book. pic.twitter.com/vsmmsgrYCp

• CNN: Democrats are anticipating a busy December that will be filed with proceedings before the House Judiciary Committee, including public hearings and a markup, and a likely vote to impeach Trump on the House floor by Christmas Day, according to multiple Democratic sources.

• HuffPost: Donald Trump traveled to Austin, Texas, on Wednesday to tour a manufacturing plant with Apple chief executive Tim Cook, touting the opening of a “new” facility that would bring high-paying jobs back to America. Except – the plant has been making Apple computers since 2013, long before Trump was elected.

Holy 🎅🏻❄️☃️🎄!!! #heygurlitschristmas has debuted at #1 on @billboard’s Comedy Chart and is charting on 5 other charts! Available now wherever 🎶 is sold!