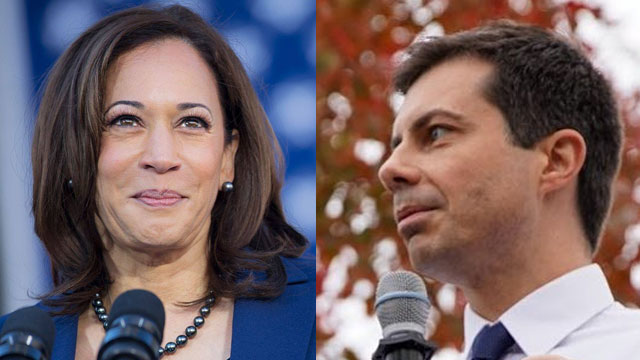 Mmm, I find this disconcerting. And not very constructive.

Speaking at a breakfast event today, Senator Kamala Harris (D-CA) said South Bend Mayor Pete Buttigieg came off “a bit naïve” when he brought up the discrimination experienced by LGBTQ Americans as part of his response to a question about his difficulty attracting support from black voters at Wednesday’s Democratic debate.

During a Black Women Power Breakfast hosted by Higher Heights, a national political organization for black women that endorsed Harris earlier this month, Harris said it was wrongheaded for Buttigieg to “compare our struggles.”

“Those of us who’ve been involved in Civil Rights for a long time we know that it is important that we not compare our struggles. It is not productive, it is not smart and strategically it works against what we need to do which is build a coalition,” Harris said Thursday. “We know that in our ongoing fight for civil rights if any one of us starts to differentiate ourselves in a certain way and in particular what he did on the stage, it’s just not productive. And I think it’s a bit naïve.”

Backstage after the debate, Harris told CNN, “I’m never going to engage or allow anyone to engage in comparing struggles. I think that is just misdirected.”

“So we’re going to now say that my pain is worse than your pain?,” she continued. “We had 400 years of slavery in this country. We had years of lynching, which involved black men, in particular, being dragged from their homes and hung on a tree, often castrated.”

During the fifth Democratic debate on Wednesday night, Mayor Pete agreed with Harris that the Democratic Party has sometimes ignored black women voters until elections roll around. He added that he looked forward to “connecting with black voters.”

He added, “Wearing this wedding ring in a way that couldn’t have happened two elections ago lets me know just how deep my obligation is to help those whose rights are on the line every day, even if they are nothing like me in their experience.”

Watching the debate live, I didn’t see the exchange as “comparing” struggles as much as he seemed to be relating to them via his own experience to what marginalized communities feel.

“What I do think is important is for each of us to reveal who we are and what motivates us and it’s important for voters to understand what makes me tick, what moves me and my sources of motivation and ensuring that I stand up for others,” Buttigieg told CBS News. “Last night I shared that some of my sources of motivation included my personal experience, my governing experience, and my personal faith.”

⁦@DanaBashCNN⁩ tryin’ to start something with ⁦@PeteButtigieg⁩ & Pete had an AMAZING answer which he said in the debate! Nothing is going to trip him up! Good job Pete! 😄👍👏👇👇👇👇👇 pic.twitter.com/lqhMJ4RySx

.@PeteButtigieg improved his standing with every undecided voter in our @foxla focus group.

Several were moved by his comments about the African American community.