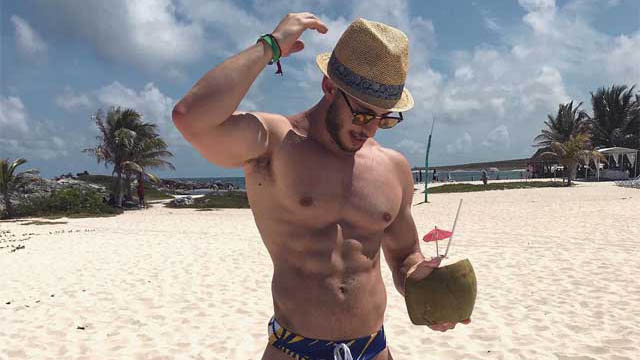 • A mother who is “against people being gay” wrote to Dear Abby saying her 43-year-old daughter just came out as lesbian. Abby knew just how to handle this one…

• A Texas teacher was accused of “promoting a homosexual agenda” when she showed students a picture of herself and her wife dressed up as Disney characters on the first day of school.

• Starbucks has now adopted an open-bathroom policy following an incident in Philadelphia last month were two black men were arrested while waiting for a business colleague.

• An Oregon school allegedly forced an LGBT student to read the Bible as punishment…?

• GLEE star Kevin McHale says of his recent coming out: “I think there was zero surprise. People knew.”

• The Trump administration continues its attack on the trans community by rolling back prison protections.

• And how about one more from the woofy Mr. Faulón: