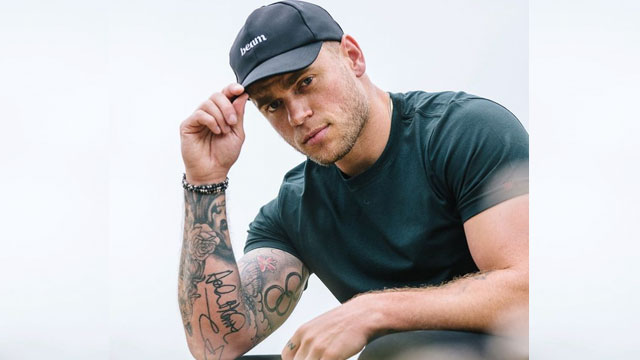 • OK Magazine: Out Olympian Gus Kenworthy (above) tells the gossip mag that the 2022 Winter Olympics will be his last after which he’ll turn his focus to acting and TV hosting gigs.

• The Advocate: Louisiana Gov. John Bel Edwards has vetoed a bill that would have banned transgender girls and women from competing in school sports designated for females calling it “a solution in search of a problem.” Edwards, a moderate Democrat, said in an online statement. “Even the author of the bill acknowledged throughout the legislative session that there wasn’t a single case where this was an issue.”

• Boy Culture: Britney Spears had her day in court, wants her life back, and Matt Rettenmund has her full (explosive) statement to the court. This is a wild ride, folks. I’m not a Britney fan, but I think folks should give her her life back and let the chips fall where they may.

• Raw Story: Gov. Ron DeSantis signed legislation requiring students, faculty and staff at Florida’s public universities and colleges to register their political views with the state as a way to encourage “intellectual diversity.”

• New York Times: Graydon Young, of Sarasota, Fla., admitted to conspiring to breach the U. S. Capitol building as part of a military-style “stack” made up of members of the Oath Keepers militia and disrupt the certification of the Electoral College vote. As part of his deal with the government, Mr. Young agreed to cooperate with prosecutors — the second member of the Oath Keepers to provide assistance to investigators. He faces an estimated 63 to 78 months in prison.

• Mediaite: Former NRA president David Keene accepted an invitation to address what he thought was going to be its graduating class of 2021. Instead, the 3,044 chairs in the audience were left completely unoccupied. And not because it was a dress rehearsal as Keene was told, but to represent all of the should-have-been 2021 high school graduates who were killed by gun violence, “The Lost Class.”