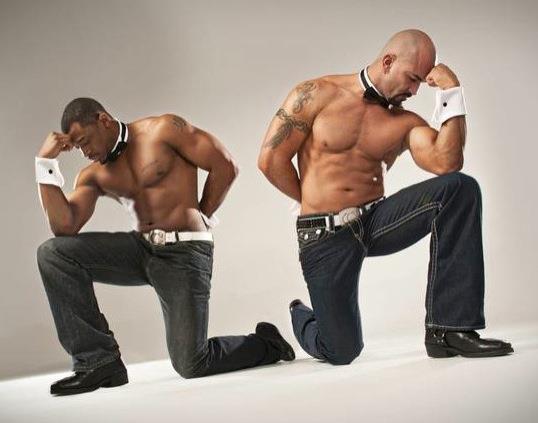 • That time the men of Chippendales (above) “took a Tebow” during a photo shoot. I think I know who did it better 🙂

• A new Hill/YouGov poll shows only 24% of Americans approve of the Trump administration’s handling of LGBTQ rights.

• In 1989, with no real knowledge of the case, Donald Trump took out a full page ad calling for the execution of the five men accused in the ‘Central Park Jogger’ case where a woman was raped and assaulted.

The five men were convicted and sent to prison only to be exonerated by DNA evidence. White House reporter April Ryan asked the Trumpster if he ever felt like apologizing for demonizing the black men. The answer was predictable.

Asked by @AprilDRyan whether he has reconsidered his rash demand for the death penalty for the five teens who had since been exonerated of all charges in the 1989 Central Park jogger case, President Trump sided with Linda Fairstein and fellow denialists. pic.twitter.com/tXYGsRGeWU

• A new study by Pew Research shows bisexual adults are less likely to come out to important people in their lives than gays or lesbians.

• In the middle of Pride month, the U.S. Senate confirmed another anti-LGBTI Trump judge, Matthew Kacsmaryk, to a lifetime appointment to the federal bench in the Northern District of Texas with a 52-46 vote.

• In a 243-183 vote, the Democratic-controlled House passed an amendment to the $1 trillion Defense spending bill that prohibits Donald Trump’s transgender military ban from being funded.

“I wrote the song right after a first date — last year, actually — just reflecting on that initial lightbulb experience about being curious and attracted to another gender than you thought you were,” Lucy told Billboard. “I wanted it to be something that was positive and energetic, not so serious or tortured or anything like that.”