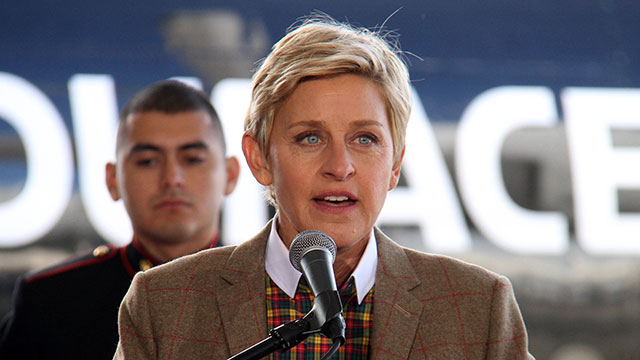 • US Weekly: Show staffers at The Ellen DeGeneres Show are reportedly gleeful since the publication of a report about the “toxic work environment” at the TV gabfest. “They’re loving that the truth — which has been an open secret for years in the industry — is finally receiving more interest.”

• NBC News: Donald Trump finally succumbed to the writing on the COVID-19 wall and has canceled his huge, in-person Republican convention in Jacksonville, Florida. The Republican National Party will still hold virtual events, and the Trumpster will still get to give his acceptance speech.

• USA Today: The Senate overwhelmingly passed a massive defense bill Thursday afternoon that includes the removal of Confederate names from army bases and creates a possible showdown between Congress and President Donald Trump, who opposes renaming the bases. The bill passed by a lopsided count of 86 to 14, well over the number required to override a presidential veto.

• The Hill: Donald Trump whined today about an ad released by presumptive Democratic presidential nominee Joe Biden that featured former President Obama saying the U.S. is not dealing with the coronavirus pandemic as “smartly” as other countries with similar resources. The conservative anti-Trump group, The Lincoln Project, trolled back asking Trump to identify an elephant in reference to the Donald’s constant preening about passing a dementia test.