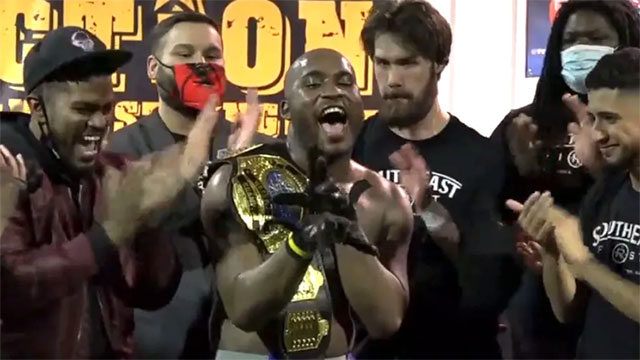 • Outsports: Pro wrestling history was made Friday night when AC Mack became the first out LGBTQ man to win a world championship.

• The Advocate: Brandon Straka, the out Trumper who took part in the Jan. 6 Capitol invasion, was sentenced to 3 months of home detention wearing a GPS tracker as well as 36 months of probation. He was also ordered to pay $500 in restitution to the architect of the Capitol, a $5,000 fine, and sentenced to community service.

• Good Morning America: Amy Schneider, who at this writing has won 39 consecutive games on Jeopardy! (the second most in the show’s history), sat down with GMA for her 1st live interview on Monday.

• CNN: An Atlanta-area district attorney investigating Donald Trump’s efforts to overturn the 2020 election results in Georgia will be allowed to seat a special grand jury in order to issue subpoenas and to gather additional evidence.

• OUT: Maddy Morphosis, the first cisgender straight competitor on Rupaul’s Drag Race, says the reaction to being cast this season was “definitely not” what he anticipated. “I had no idea it was gonna be the topic of so much discussion and such a polarizing thing for people.”

"Going into the show, I thought it was gonna be, you know, a little blip, a little fun fact," @MaddyMorphosis tells Out about the reaction she's received since being cast on #DragRace. https://t.co/NEddokQpRB