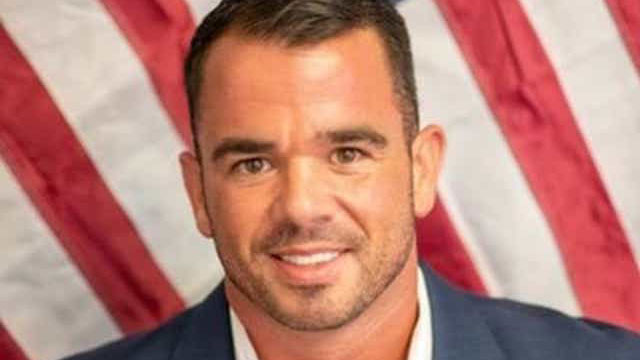 • Back2Stonewall: Democrat Sheila Cherfilus-McCormick won the special election in Florida’s heavily-Democratic 20th District with 79% of the vote. But her Republican opponent/convicted felon Jason Mariner is calling it election fraud.

• The Advocate: Under the guise of “protecting” girls and women’s sports, South Dakota Gov. Kristi Noem has released a national TV ad touting legislation in her state banning transgender girls from school sports.

• Xtra: Comedian Sam Sferrazza pens a lighthearted valentine to the forgotten sexiness of condoms: “Right on the precipice between foreplay to penetration, an intermission filled with sexual anticipation.”

“Rolling on a condom is romantic, right on the precipice between foreplay to penetration, an intermission filled with sexual anticipation,” Xtra contributor @samislaughing writes.https://t.co/qBWEWRWpSY

• LGBTQ Nation: A 30-year-old trans man was attacked in Denver while waiting for a train, and he couldn’t even get home after the beating because the Uber car he ordered kicked him out when he said he was trans.

• NewNowNext: HBO’s Somebody Somewhere follows Sam, a woman who lives in Kansas dealing with family drama, including an alcoholic mother and a ‘perfect’ sister, while mourning the recent death of her queer sister. She meets Joel, a gay man who introduces her to the underground world of “choir practice,” a sort of queer Island of Misfit Toys.

• Gayety: Former Miss Universe Australia, Maria Thattil, came out as bisexual to the world in an episode of the Australian reality television series I’m a Celebrity…Get Me Out of Here!

• New York Times: Tennis star Novak Djokovic faces deportation again after the Australian government revoked his visa for a second time. The No. 1-ranked tennis player has attempted to skirt Australia’s COVID rules to compete in the Australian Open despite being unvaccinated. #NoSympathy

“Australians have made many sacrifices during this pandemic, and they rightly expect the result of those sacrifices to be protected,” he said.https://t.co/iCofIY2F6w