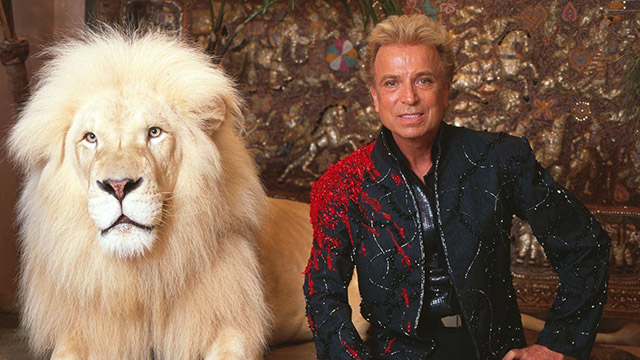 • The Advocate: Las Vegas illusionist Siegfried Fischbacher, of Siegfried and Roy fame, has died at age 81. Fischbacher died Wednesday night at his home in Vegas due to pancreatic cancer. Roy Horn, his partner in life and work, died last May of COVID-19 complications at age 75.

• Defense One: The Pentagon, in a break with recent tradition, will not host an Armed Forces Farewell tribute to President Donald Trump. Trump will leave office in disgrace, one week after the House voted a second time for his impeachment, two weeks after his supporters staged a deadly siege in the Capitol Building, six months after he dragged his Joint Chiefs chairman into a political firestorm, and after four years of nonstop assaults on truth.

• Broadway Cares: Beloved stars from All My Children, One Life to Live and General Hospital will reunite for ABC Daytime: Back on Broadway, a one-night-only streaming concert benefiting Broadway Cares/Equity Fights AIDS. The free streamed event can be watched at broadwaycares.org beginning at 8 pm Eastern on Thursday, February 11.

• Business Insider: GOP elected officials lost thousands of Twitter followers over the weekend, as the company cracked down on QAnon accounts in the aftermath of the Capitol Hill riots. Rep. Jim Jordan’s followers took the biggest dive with nearly 150,000 purged or defected.

• ABC News: Amazon Web Services has responded to Parler’s lawsuit against it with a series of screenshots of hateful content – loaded with threats of violence and racial slurs – that allegedly spread on the platform. One screenshot of a Parler post features a slew of racial slurs about Michelle Obama and another states, “The only good democrat is a dead one.”

• Variety: Lady Gaga is set to sing the national anthem for the inauguration of Joe Biden and Kamala Harris on Jan. 20. Film and recording star Jennifer Lopez will perform as well.