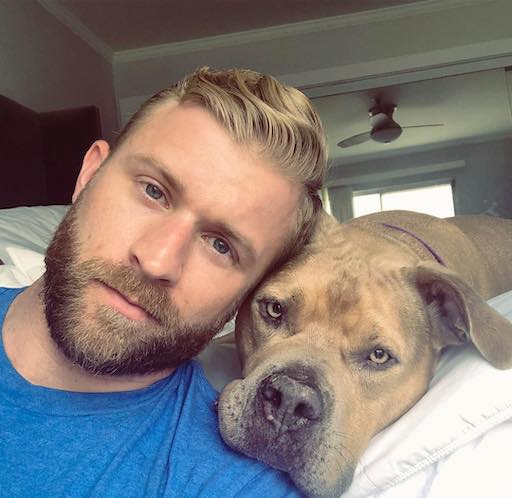 • I might be a little obsessed with this handsome face. InstaHunk Steve_In_LA is pretty easy on the eyes as well 😉

• New York City Council Speaker Corey Johnson has called for feds to ‘break the patent’ on Truvada, which is commonly prescribed as PrEP. Since the federal government helped fund the research for the drug, it has the right to break the patent and allow other companies to produce a generic version. PrEP has been shown to be 99% effective in protecting against HIV infection when used on a daily basis.

• The Republican-controlled Indiana Senate has voted to scrap all protected characteristics, including gender identity, race and sexual orientation, from a proposed hate crime bill. Indiana is one of only five states with no hate crime law in place.

• A lesbian couple in Indiana were refused service by their tax preparer, Nancy Fivecoate, because they were married. Fivecoate says she has gay clients, but she can’t work for gay married clients. What do taxes have to do with religious beliefs?

• 18-time Grand Slam winner Martina Navratilova has been removed from the advisory board of pro-LGBTQ sports organization Athlete Ally for her recent anti-transgender remarks. The tennis champ says its ‘cheating’ to let trans women compete in women’s sports.

• As he was recovering from a life-shaking breakup, out singer/songwriter Kisos penned (in real time) his upcoming EP, sweet nothings, featuring one track for each of the 5 stages of grief.

The lead single, “Happily Ever After,” is a bouncy electro-pop bop with the handsome artist deep in denial, using delusion as poisoned motivation to better himself and survive the pain of seeing his ex with someone new.

Hit the play button below and enjoy! “Happily Ever After” is available now – click here.