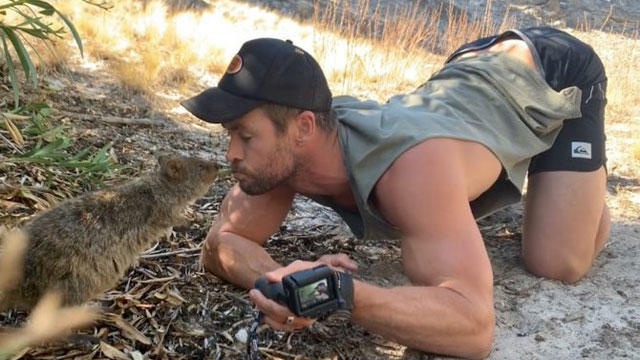 • Advocate: Brazil’s homophobic president, Jair Bolsonaro, complained at a press conference Friday about his treatment by the media, telling a reporter, “Your face looks an awful lot like a homosexual’s.”

• The Hill: The Morning Consult poll for this week showed former Vice President Joe Biden with 31 percent support for the second week in a row, after rising 2 percentage points since the beginning of December. Sen. Bernie Sanders (I-Vt.) ranked as the runner-up with 21 percent support. Sen. Elizabeth Warren (D-Mass.) and South Bend, Ind., Mayor Pete Buttigieg kept third and fourth place with 15 percent and 9 percent, respectively.

• Instinct: Michael Henry is back with a festive video celebrating the holidays with the dumpster queens. The video features Henry with Pete Zias and Michael Lucid at their iconic meeting spot talking about themes of the season such as giving gifts, sexy encounters, and holiday movies.

• CivilBeat: Former Governor of Hawaii,  Neil Abercrombie, has called on U.S. Rep. Tulsi Gabbard to resign her seat in Congress saying, “I feel very strongly the 2nd District of Hawaii must be fully represented.” Gabbard is running a long-shot campaign for president and recently moved to New Hampshire, an early Democratic primary state.

• Out: A European airline will jettison the greeting “ladies and gentlemen” for the more gender-neutral “welcome everyone” a sign of respect for nonbinary people.

• Twitter: In order for Thor star Chris Hemsworth and a quokka, a small marsupial native to Australia, to get to know each other a bit, Hemsworth had to get down to the little guy’s level. Which explains the hunky actor’s body position in the pic at the top. The short video also sparked the interest of the gay community for reasons I really don’t need to explain…LOL