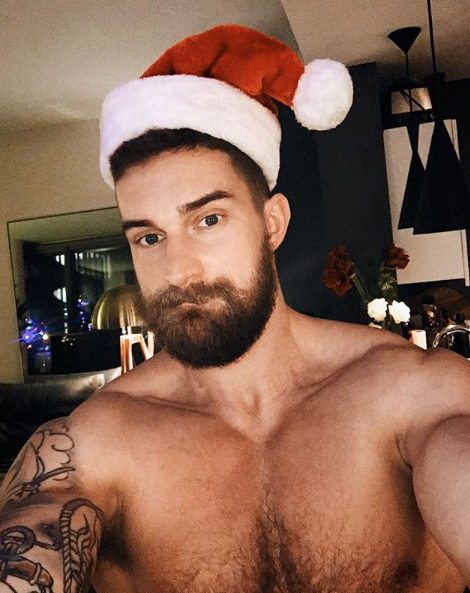 • Sexy Santa? I got your Sexy Santa right here thanks to the above selfie from Alex Abramov 😉

• Get ready to disco down as Summer: The Donna Summer Musical is now heading for the Lunt-Fontanne Theater on Broadway with previews beginning March 28 with an April 23 opening night! From the same team that brought us the blockbuster Jersey Boys.

• Republican Gov. Chris Christie says Donald Trump Jr. totally “deserves the scrutiny” he’s getting regarding the ongoing Russian election interference probe. He recently told MSNBC’s Nicole Wallace, “He was involved in the transition and involved in meetings that call into question his role. And the facts will determine that ultimately.”

“(Jared Kushner) deserves the scrutiny .. He was involved in the transition and involved in meetings that call into question his role” – Chris Christie tells @NicolleDWallace on #DeadlineWH pic.twitter.com/2b9Lnqm5GL

• A massive fire at a five-star hotel in Scotland took the lives of a gay travel writer and his boyfriend.