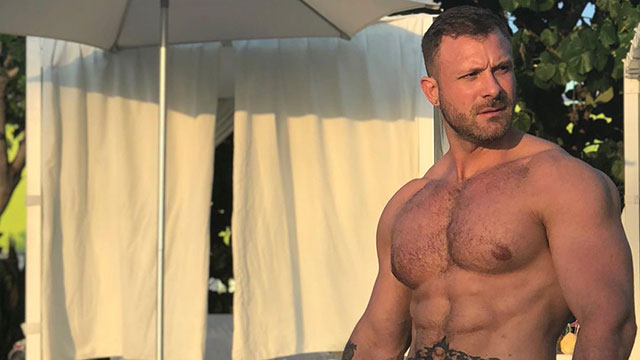 • Boy Culture: Patti LaBelle’s gay Trumper nephew made headlines when he became involved in a deeply weird online mystery, in which he was apparently tweeting on behalf of a white Republican. Miss Patti had some words with her nephew.

• LGBTQ Nation: Federal judge slaps down an Ohio law that bans transgender people from correcting birth certificates. Score one for the good guys!

• Instinct Magazine: Josh Brolin is breaking the internet with his birthday suit photo.

• TMZ: Atlantic City is auctioning off the opportunity of demolishing the long-closed, decaying Trump Casino.

• The Advocate: Legendary gay actor Sir Ian McKellen (Lord of the Rings, X-Men movies) is among the latest to get the new vaccine for the COVID-19 virus. The 81-year-old star said he’s feeling “euphoric” after getting his first dose of the Pfizer vaccine. “I would have no hesitation in recommending it to anyone.”

I feel very lucky to have had the vaccine. I would have no hesitation in recommending it to anyone. https://t.co/gBLRR0OeJc