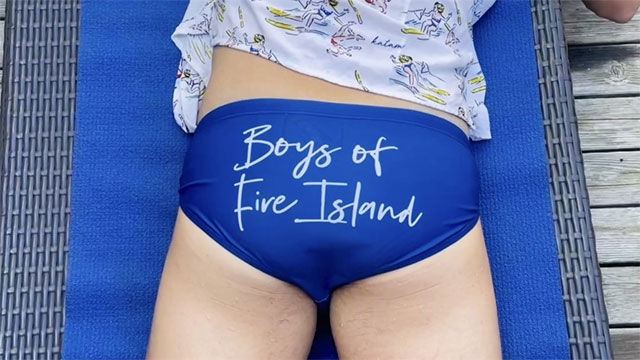 • USA Today: The Loudoun County School Board in Virginia voted 7-2 on a policy that allows transgender student-athletes to play on teams that align on their gender identity and to use bathrooms and locker rooms based on their gender identity. It also requires teachers and staff to call students by their chosen names and pronouns.

• Kenneth-in-the-212: Make sure to check out Kenneth’s round-up of the what’s what in LGBTQ publications like High School Musical star Joshua Bassett covering the latest issue of Attitude Magazine (below).

• DC Eater: Gay bars in Washington DC are leading a wave of businesses in requiring proof of vaccinations.

• The Daily  Beast: Anton Lazzaro, a young Republican strategist, was arrested on underage sex trafficking charges Thursday morning. Lazzaro, an occasional Fox News guest who flaunted his wealthy lifestyle on social media, was indicted on five counts of sex trafficking of a minor, one count of attempting to do so, and three counts of obstruction of justice.

• San Francisco Chronicle: James Hormel, who became the nation’s first gay ambassador and later a prolific philanthropist, died Friday. Hormel, who was 88, was appointed as the U.S. ambassador to Luxembourg in 1997 by then-President Bill Clinton.

• Out Music: In his latest Fire Island Pines music video, singer and nightclub sensation Seth Sikes spoofs the popular gay resort with the song “Trouble.” The sassy, sexy number, listing the joys and dangers of Pines gay life, is a fun parody of the famous tune from the classic Broadway musical, The Music Man.