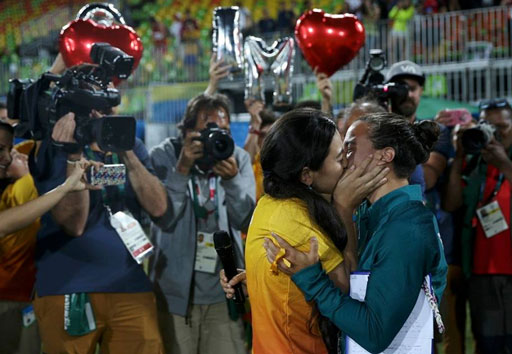 • Pop powerhouse Adele is in talks to record an album of duets with none other than Barbra Streisand. Can you say “ka-ching?”

• Donald Trump, who claims he will be very good for “the gays” is set to headline a radical anti-LGBT event in Orlando. Other LGBT haters in attendance include Marco Rubio, Mat Staver and David Barton.

• The president of the Philippines called the U.S. Ambassador, who is openly gay, “the son of a whore.” I’m not making this up, kids.

• 72% of Republicans doubt President Obama is an American. I shit you not.

• Sean Hannity believes the person with the biggest social media following will win the White House. And so, I give you President Kim Kardashian.