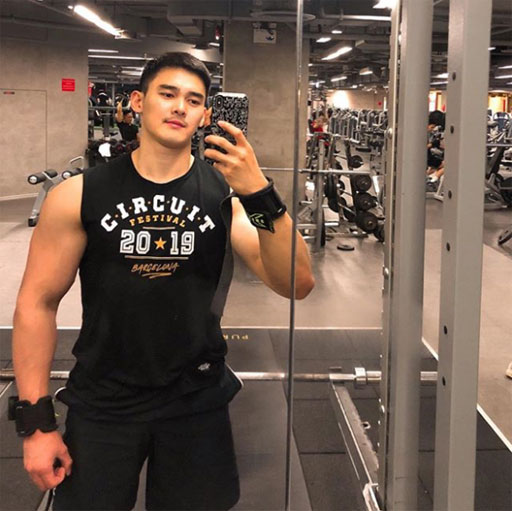 • InstaHunk Thara (above) is getting pumped up for the summer circuit (and I don’t mean weight training).

• Quartz reports “former agency officials,” said White House adviser Stephen Miller would leak the monthly number of immigrants apprehended at the border to the Washington Examiner, who would then publish a story about the high numbers.

He would then print out the story and give it to Donald Trump. After seeing the story, Trump would then “pick up the phone and blast (Homeland Secretary) Nielsen.

• Rosie O’Donnell says she greatly regrets giving Ladies Who Punch author Ramin Setoodeh 20 minutes of her time. In those minutes, she revealed she was sexually abused by her father, that she had “a little bit of a crush” on former colleague Elisabeth Hasselbeck and described working with Whoopi Goldberg as “The worst experience I’ve ever had on live television.”

• A tire company in Colorado is paying a transgender man $60,000 and writing a letter of apology after it settled a sex discrimination lawsuit.

• Don’t miss the season finale of Schitt’s Creek on Wednesday at 10 p.m. on POP.

[Spoiler alert] Last week’s episode gave us quite the moment: