• Kelly Clarkson Show: Monét X Change, Yvie Oddly, Shea Couleé and Raja Gemini from the upcoming seventh season of RuPaul’s Drag Race All Stars show off what it means to “Lip Sync For Your Life” with an epic performance of Kelly Clarkson’s “Miss Independent.”

• Media Matters: Far-right nut job Candace Owens warned The Daily Wire audience about “predators and pedophiles that are all hiding under the LBGT flag.”

Top NFL prospect Trey McBride is set to become the 1st player in league history with same-sex parents. He spoke about loving his 2 moms on @TODAYshow https://t.co/4Zmglgyulv

• The Advocate: A bisexual student at the anti-LGBTQ Brigham Young University found a way to show pride at the school’s graduation ceremony last Friday. Jillian Orr opened her graduation gown onstage to reveal a rainbow flag stitched inside.

After flashing the Pride flag at graduation, “I swear I blacked out,” Jillian Orr said. “I texted my sister and said, ‘What happened? Did I just do it?'” https://t.co/Nr4g5Auj7o

• Vice News: Robert Van Camp printed off massive amounts of blank COVID-19 CDC vaccine cards and sold them filled them out as legitimately as possible with customers’ personal information and nearby vaccine center details. p.s. he once posted a pic of himself draped in a Trump flag. Of course, this was a popular trend among Trumpers.

• Kenneth-in-the-212: There’s a reason why Kenneth’s blog is so successful. Even though he has regular features, you never know what you’re going to get, but you’re always going to love it. Evidence – a recent ‘Morning Wood’ post: 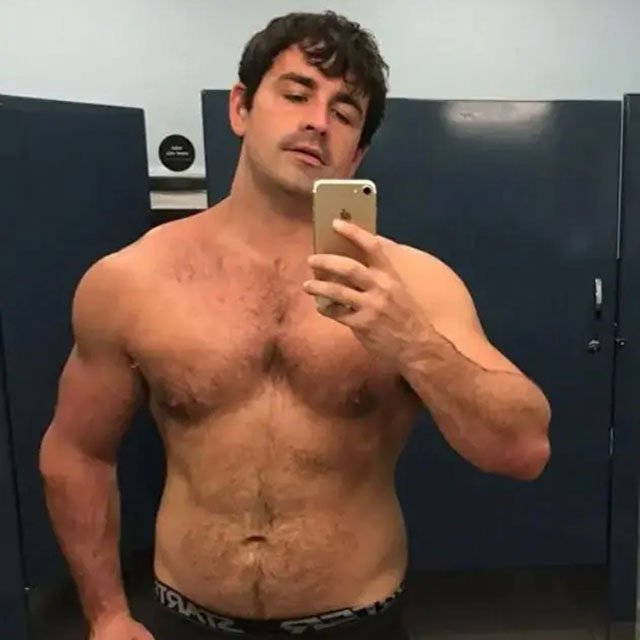 • Justice Department: Louis Enrique Colon, 45, a member of the Proud Boys, has entered a plea deal and agreed to cooperate with the DOJ’s criminal investigation into Jan. 6 including names and details of the PB’s planning.

BREAKING: Proud Boys member Louis Enrique Colon has just agreed to reveal names and every detail regarding the planning of January 6 to federal authorities as part of his plea deal.