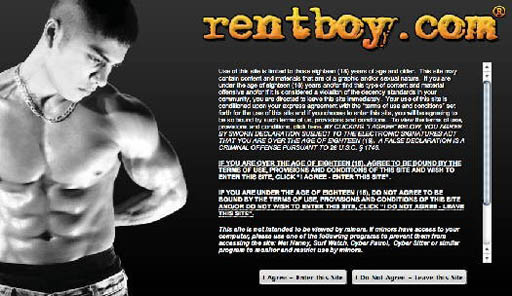 I’ve been wondering all week why, after almost two decades of operation, the Department of Homeland Security decided to focus on, and ultimately raid, the offices of gay escort website Rentboy.

Especially when you consider that dozens of straight escort sites continue to operate in New York City. Why just target the gay escort site?

Apparently, I’m not the only one as the New York Times editorial board pens an op-ed questioning the motivation and ultimate goals of the office raid.

Here’s just an excerpt from the op-ed:

Prosecutors can credibly argue that the site’s operators were breaking the law. But they have provided no reasonable justification for devoting significant resources, particularly from an agency charged with protecting America from terrorists, to shut down a company that provided sex workers with a safer alternative to street walking or relying on pimps. The defendants have not been accused of exploiting sex workers, featuring minors on the website, financial crimes or other serious offenses that would warrant a federal prosecution.

Amnesty International announced this month that it would be pushing for the decriminalization of consensual sex work worldwide. After a lengthy and at times fraught debate, the organization’s experts concluded that sex workers were less likely to be harmed and exploited in places where the trade is lawful. Several gay and transgender rights organizations, including Lambda Legal and the Gay & Lesbian Advocates & Defenders, issued a joint statement supporting Amnesty International’s position.

The Rentboy.com bust may spook clients and sex workers for a while, but it would be naïve to think it will do much more. Federal authorities should consider whether continuing to spend time and money turning the website’s operators into felons is worthwhile, while far more serious crimes, including human trafficking and sexual exploitation, go unpunished.

I’ll add that I personally support the decriminalization of consensual sex work. I think as long as no one is physically harmed and it’s between two consenting adults, the government shouldn’t be involved.