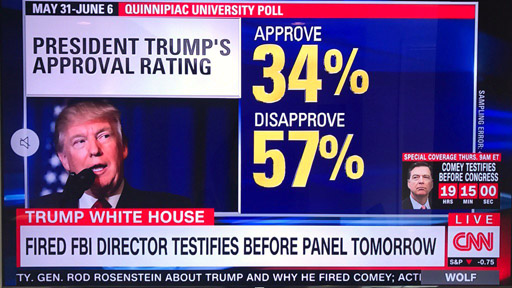 New Quinnipiac Poll on President Trump shows him at his lowest level yet in this poll with 34% approval; 57% disapproval.

• 54% say Trump is too friendly to Russia, 3% say he is too unfriendly

• 73% of voters approve of the appointment of Robert Mueller as a special counsel to investigate possible links or coordination between the Trump campaign and Russia; 15% of voters do not approve