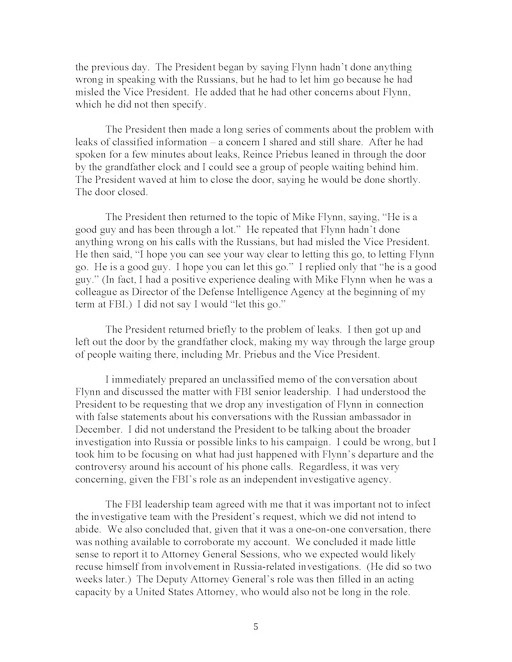 Basically, Comey offers a timeline of his conversations with Trump.

Among many exchanges, according to Comey at a dinner, Trump stated, “I need loyalty. I expect loyalty.”

The just released Comey statement confirms much of what has been reported by investigative journalists, and derided as Fake News. 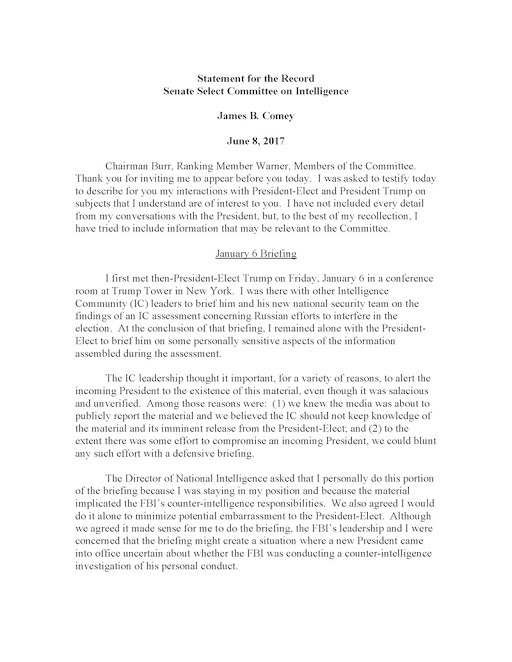 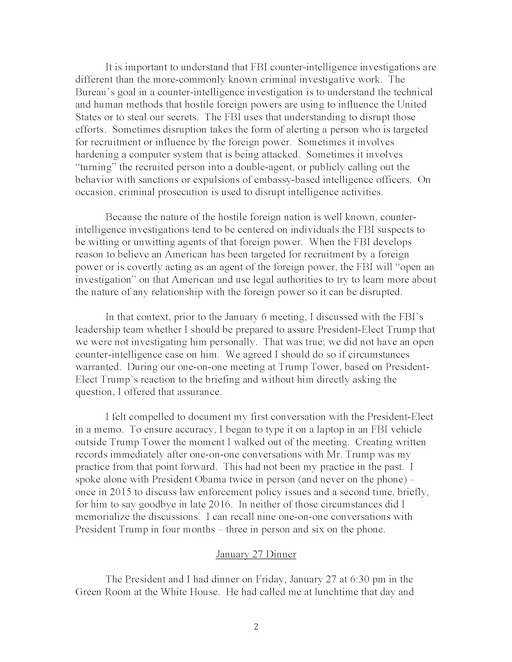 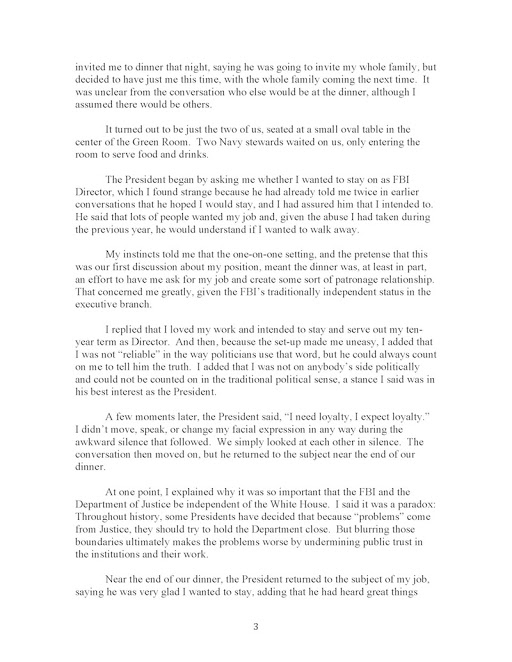 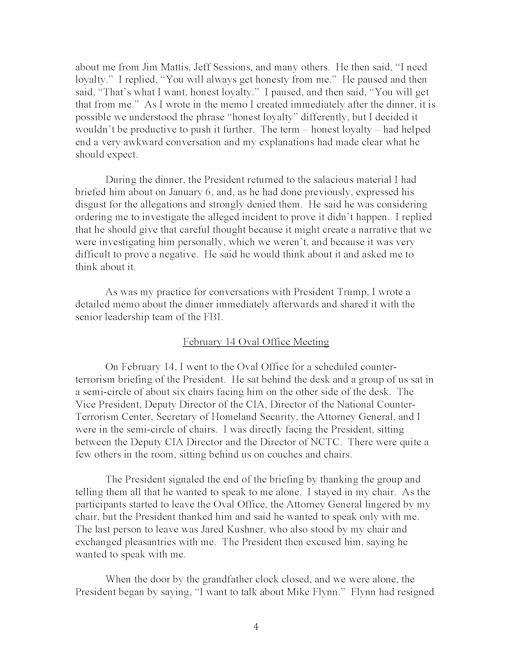 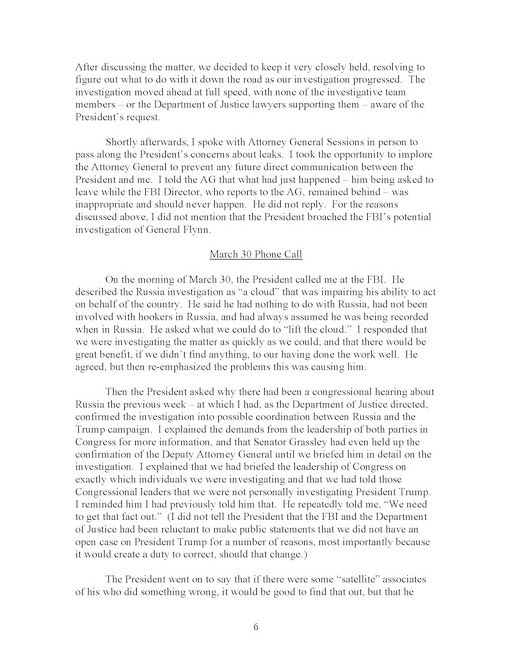 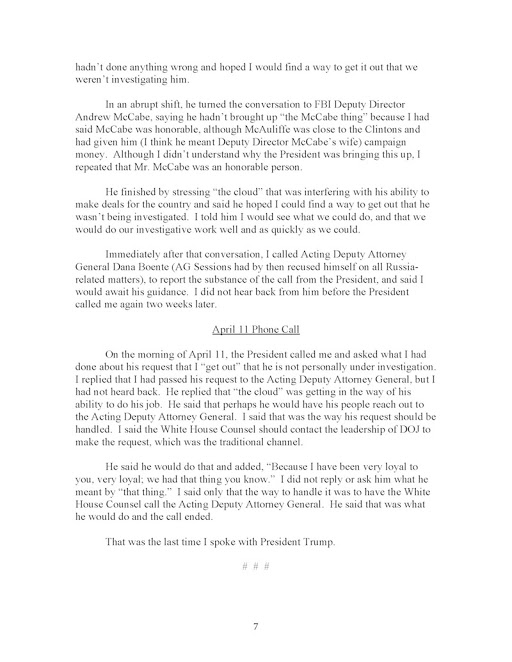