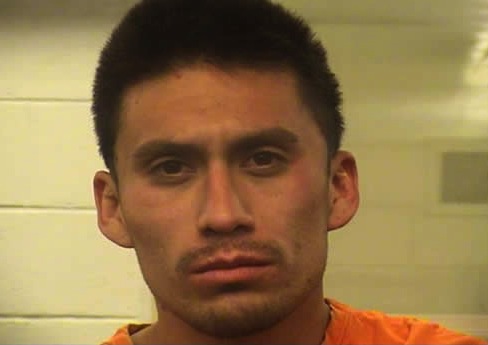 So, what do you do when you get caught driving while intoxicated and having sex, running red lights and the police are after you?

In New Mexico, this guy tried hiding behind (“in”?) some cactus…

Witness told Albuquerque police that Luis Briones was observed having sex with a woman who was on his lap while he was driving, according to KRQE. Briones ran a red light and struck another car, throwing his naked companion from the vehicle.

The report said that Briones tried to flee but a witness took his car keys. Police later found Briones hiding in cactus with his shorts inside out. The complaint stated that he refused to cooperate with police and became hostile with paramedics. Police said that he also refused to wear his pants while inside the patrol car.

Apparently, no seatbelts were being worn, although a “partially consumed” bottle of vodka was found in the car.

Briones is looking at at least eight charges including DWI, running a red light, reckless driving and sexually assaulting a cacti.  (Ok, I made the last one up.)

Here’s the news report on the story from KRQE: