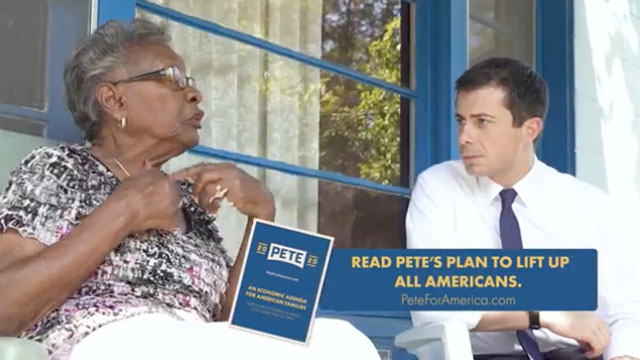 The Hill reports Mayor Pete Buttigieg is putting $2 million behind his first campaign ad buy in South Carolina in advance of the upcoming Democratic primary in February.

As has been widely reported, while the mayor has surged in Iowa and New Hampshire, he’s struggled with attracting black voters, which explains the new ad in South Carolina where black voters make up 60+ percent of the Democratic voting base.

Says Buttigieg in the ad:

“In our White House, you won’t have to shake your head and ask yourself, ‘Whatever happened to ‘I was hungry and you fed me. I was a stranger and you welcomed me.’ When I say we’ve got to unify the American people it doesn’t mean pretending that we’re all the same. It means unifying around issues from wages and family leave to gun violence and immigration. The hope of an American experience defined not by exclusion but by belonging.”

According to the RealClearPolitics average, former Vice President Joe Biden has a strong lead in South Carolina, at 35.3 percent followed by Sen. Elizabeth Warren (D-Mass.), at 16.3 percent, and Sen. Bernie Sanders(I-Vt.), at 12.8 percent. Buttigieg is in fourth place, at 6.5 percent.