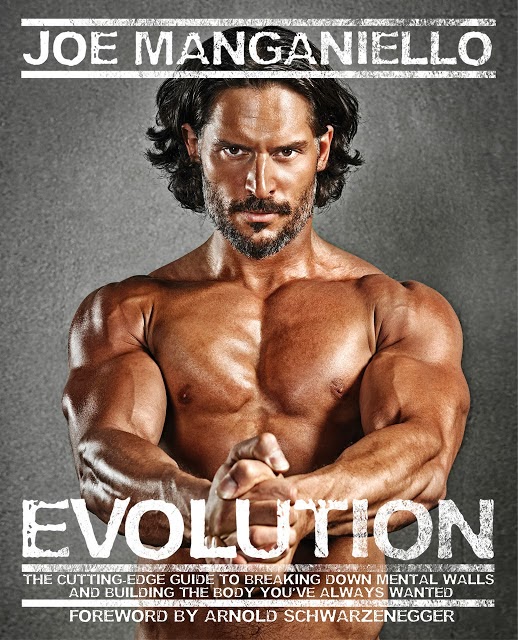 If I looked like that I’d write a book, too.

From the book description:

Joe Manganiello, named one of Men’s Health 100 Fittest Men
of All Time and regularly featured in internationally bestselling
fitness and bodybuilding media, is an acclaimed television and film
actor who gained worldwide recognition for his amazing physique honed
for his role on HBO’s True Blood.

He used techniques created by
celebrity trainer Ron Mathews that were then further developed for his
other wide-ranging roles.

He has appeared in the films Magic Mike, What to Expect When You’re Expecting, and the Spider-Man trilogy, as well as the forthcoming Sabotage alongside his childhood idol, Arnold Schwarzenegger.