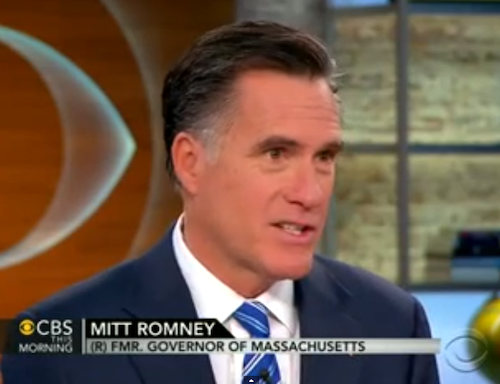 As the losing candidate from last year’s election, I find it terribly bad form to appear on TV and criticize the President in such a coarse manner.

There are some people who know how to exit the national stage and then re-enter with some modicum of class. Mitt Romney is not one of those people.

From the video description:

“What starts twisted stays twisted” Mitt Romney said on CBS This Morning on Friday. When asked by CBS host Charlie Rose about the problems associated with the implementation of the Affordable Care Act, Romney said that the website was not the president’s problem. “It’s dishonesty,” he said.