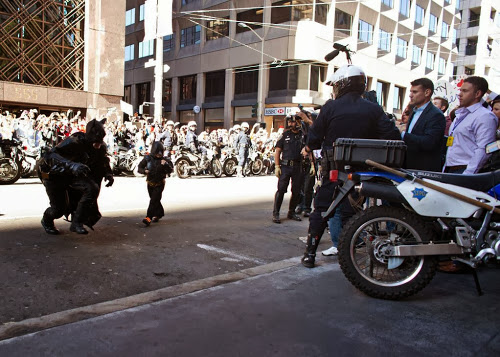 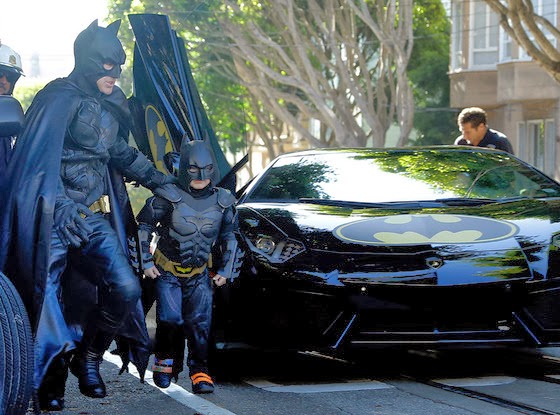 What happens when a five year old battling cancer decides his “Make A Wish” is to be Batman?

Even better – what happens when thousands of people decide to help make that wish come true?

Five year old Miles Scott, who’s cancer is in remission after his final chemo round in June, told the Make-A-Wish Foundation that his greatest wish was to be “Batman.”  The Foundation jumped into action and, along with thousands of volunteers, an elaborate event is about to unfold in San Francisco:

The effort will include Miles’ own Batmobile, a personal call from Police Chief Greg Suhr for help, the apprehension of the Riddler and then a flash mob involving hundreds of people in Union Square alerting Batkid to the fact that Penguin has kidnapped Lou Seal, the San Francisco Giants mascot.

Batkid will then chase the Penguin around AT&T Park, rescuing Lou Seal and earning a key to the city during a presentation at City Hall.

All of these exploits were kicked off by a live television news bulletin carried by KGO-TV and covered in the “Gotham City Chronicle,” 1,000 copies of which were printed by the San Francisco Chronicle on Friday, the top A1 story penned by — who else? — Clark Kent.

What truly made the event even more heart-warming was how thousands of people lined Batkid’s route or camped out in front of his next point of adventure. What a great show of love and humanity.