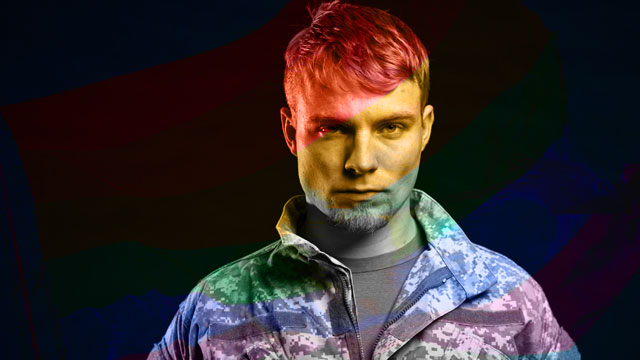 In the unclassified memo, Esper writes, “The flags we fly must accord with the military imperatives of good order and discipline, treating all our people with dignity and respect, and rejecting divisive symbols.”

Esper’s memo goes on to list the specific kinds of flags that will be allowed to be displayed in addition to the American flag: flags of the U.S. states, territories and the District of Columbia; military flags and those of U.S. allies.

The new guidance applies to “public displays or depictions of flags by service members and civilian employees in all Department of Defense workplaces, common access areas, and public areas.” Those spaces include open-bay barracks, parking lots, schools, individual offices, and break rooms.

According to reports, the new rules are meant to be an indirect approach to banning Confederate flags without raising the ire of Donald Trump, who has made appeasing racist groups a part of his reelection campaign.

However, the new flag guidance also effectively prohibits the display of LGBTQ Pride flags since they aren’t listed among the approved list of flags.

Pentagon spokesman Lisa Lawrence confirmed this on Friday in an official statement: “The memorandum does not authorize public display of unlisted flags in the Department of Defense.”

While many political pundits say the point of the new guidance is to address Confederate flags, it’s well-known that displaying rainbow flags in military settings has irked some anti-LGBTQ conservatives. So, it’s not much of a stretch to imagine the prohibition of Pride flags isn’t intentional on some level.

The Modern Military Association of America, the largest LGBTQ military and veteran advocacy group organization in the U.S. responded to the news by demanding Esper reconsider the effects of his vague language.

“It’s absolutely outrageous that Defense Secretary Mark Esper would ban the Pride flag — the very symbol of inclusion and diversity,” wrote MMAA Interim Executive Director Jennifer Dane on the group’s official website. “In what universe is it ok to turn an opportunity to ban a racist symbol like the Confederate flag into an opportunity to ban the symbol of diversity? This decision sends an alarming message to LGBTQ service members, their families, and future recruits.”

“The Pentagon must immediately reconsider and take swift and appropriate action to ensure the Pride flag and LGBTQ Pride Month observances are not threatened. If Secretary Esper refuses to reconsider, we call on Members of Congress to take action.”

The anti-Trump group VoteVets also denounced the idea of equating the Confederate flag with the Pride flag in a statement on Twitter.

“It is patently offensive that Mark Esper has, along with the Confederate flag, declared the Pride flag to be ‘divisive,’” Goodwin said. “The Pride flag celebrates the hard-fought rights of LGBTQ Americans, including many troops. To equate it with a symbol that represented a denial of human rights is disgusting and a slap in the face of those members of the community who serve, or seek to serve, in uniform.”

To equate the Pride flag with a symbol that represented a denial of human rights is disgusting and a slap in the face of those members of the community who serve, or seek to serve, in uniform. (2/2)