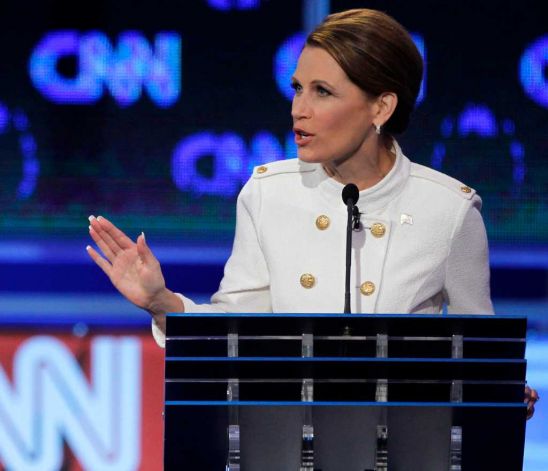 There were hundreds of tweets about the jacket in question, but I’ve posted my top 10 Tweets about Michele Bachmann’s white jacket:

softjunebreeze
Did someone tell Bachmann the #GOPdebate was a costume party? Maybe that’s the reason for the Sgt. Pepper’s Lonely Hearts Club Band jacket

3x1minus1
I just really wish @andersoncooper would ask Bachmann “WHAT is UP with that JACKET?”