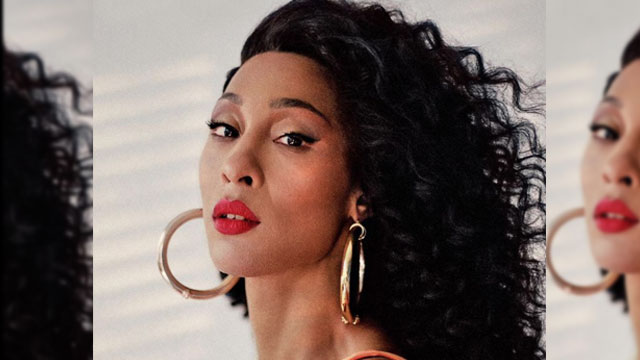 Singer, actress and activist Michaela Jaé (aka MJ Rodriguez of POSE fame) released her anthemic debut single “Something to Say” last week to much acclaim. The track is an R&B pop bop that sees Michaela calling people to step into their truth and let their voices be heard.

The Imagen Award winner wrote “Something to Say” with PWP (comprised of the legendary Verdine White of Earth, Wind, and Fire, multi-Grammy winning Neal Pogue and John Paris as well as Nick Ferraro and Duncan Hood) and the song is a poignant celebration of equality and love.

Paper praised the track writing, “She’s at the height of her powers here, channelling the generosity and warmth of spirit of so many iconic disco divas. Conveying an easy confidence, it’s a welcome antidote to the many hackneyed Pride Month singles being released into the ether.”

With a fun and funky vibe and disco-tinged touches throughout, “Something to Say” is absolutely perfect for your pride month playlist.