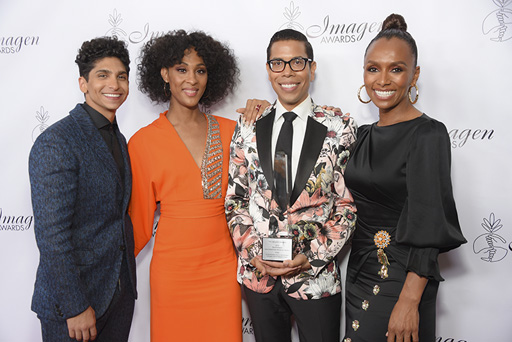 The groundbreaking series POSE was honored in two categories at the 2019 Imagen Awards which recognizes positive portrayals of Latinx people in the media.

MJ Rodriguez, who plays “Blanca” on the acclaimed FX series, made history as the first transgender woman to take home the trophy for “Best Actress -Television.”

After thanking her mother and the creative team for POSE (Ryan Murphy, Steven Canals, Janet Mock), Rodriguez spoke to the historic moment.

“It’s so crazy to be standing up here because you’d never think in a million years you’d get an award like this being a woman like me,” Rodriguez told the crowd assembled in the Beverly Wilshire Hotel ballroom.

“Obviously, this is not just for me,” she continued. “This is for the little kids like me, and I’m just trying to speak as much as I can for my community as possible, and that goes for my Latino community.”

View this post on Instagram
Please excuse my boisterous hollering but I was over the moon for @mjrodriguez7 and her Best Actress win at last night’s Imagen Awards celebrating Latinx film and television makers. The work on ‘Pose’ is gorgeous and the win historic. Congrats all around as ‘Pose’ also won Best Primetime Drama. So proud to be part of this community. Thank you @carmensandiegola for the memorable night. 💜 #pose #fx #imagen #normanlear @svcanals @janetmock @ourladyj @angelbcuriel @theebillyporter
A post shared by Daniel Segura (@dan_sing_dan) on Aug 11, 2019 at 9:35am PDT

Angel Bismarck Curiel, who plays ‘Lil Papi’ on the groundbreaking series was nominated in the “Best Supporting Actor – Television” category as well.

The POSE team now looks to the 2019 Emmy Awards where the show has received six nominations including “Best Drama” and “Leading Actor in a Drama Series” for Billy Porter’s searing performance as ‘Pray Tell.’

View this post on Instagram
We won two IMAGEN AWARDS this weekend. One for best drama series and a much deserved win for our leading lady, the heartbeat of #POSEFX, Ms. @mjrodriguez7 who took home the best actress award. The much talented @angelbcuriel also won a best supporting actor nomination. I couldn’t be more proud.
A post shared by J A N E T M O C K (@janetmock) on Aug 12, 2019 at 9:48am PDT 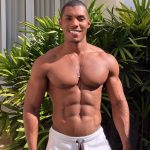 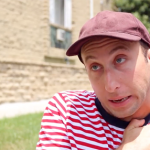 Funny: Michael Henry Explains 'This Is How You Handle A Breakup' 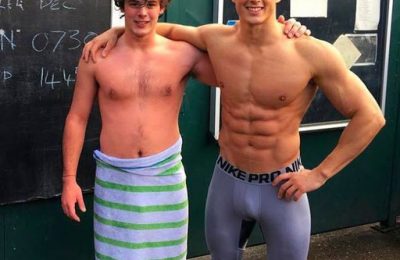 Video: Pietro Boselli’s Workout Philosophy Will Give You “Vigour” 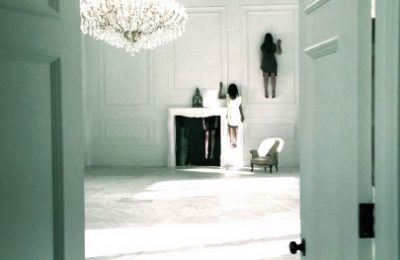 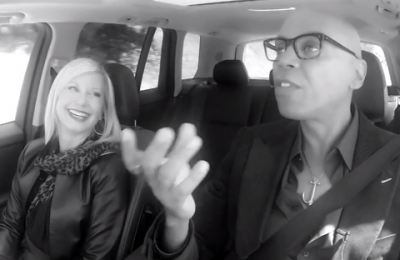