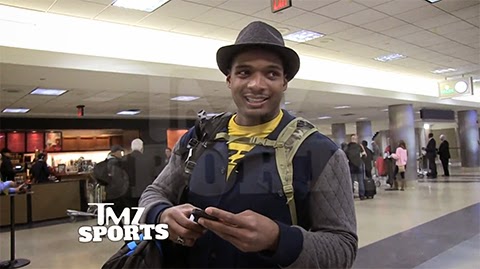 Out football player Michael Sam got cornered by TMZ at LAX yesterday, where he fielded a few questions about his plans moving forward, plus whether or not he thought coming out affected his NFL prospects.

When asked if he thinks NFL teams are shying away from him because of his sexual orientation … or if it has to do with the level of talent he faced after college:

“I think I was the SEC Defensive Player of the Year last year … so I don’t think it had to do with talent.”

As always, Sam handles himself and the questions with grace. Looking forward to seeing what happens next.