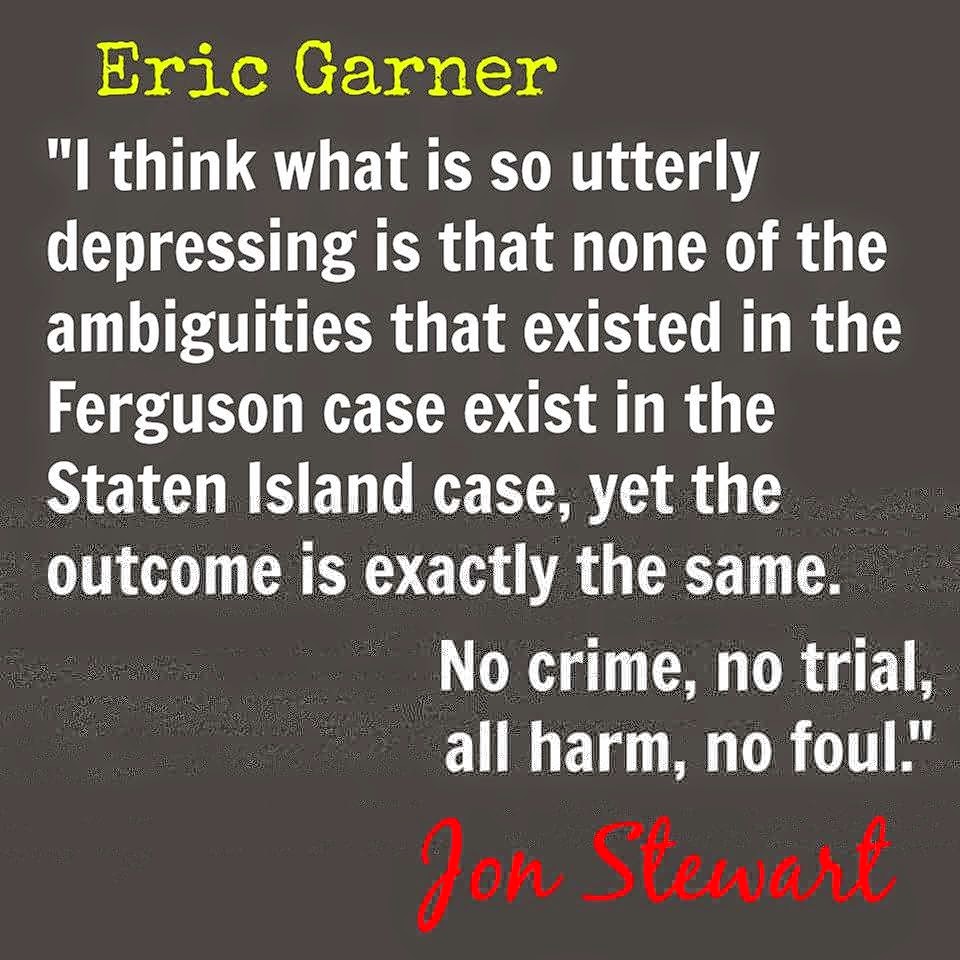 Jon Stewart opened Wednesday night’s Daily Show dropping the comedy to tackle the “utterly depressing” non-indictment in the Eric Garner case. He said, “I don’t know. I honestly don’t know what to say. If comedy is tragedy plus time, I need more fucking time.”

At least with Ferguson, Stewart said, there was conflicting testimony, “but here there is none of that.” And there’s no question about unreliable witnesses because there’s video and “we are f*cking watching it.”