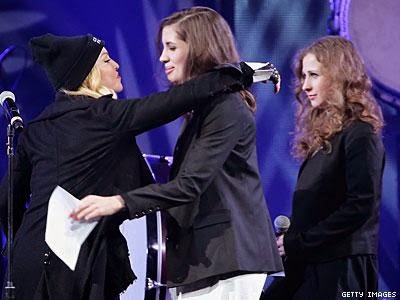 Madge spoke of her own experience performing in Russia: being told to “tone down” her show (she didn’t), being sued for millions of dollars for her show being “pro-gay,” seeing 87 audience members arrested during her concert for behavior that was “too gay.”

And she spoke about members of Pussy Riot being imprisoned for staging a protest against Russian President Vladimir Putin inside a Moscow cathedral.

Watch the queen of pop’s introduction below: