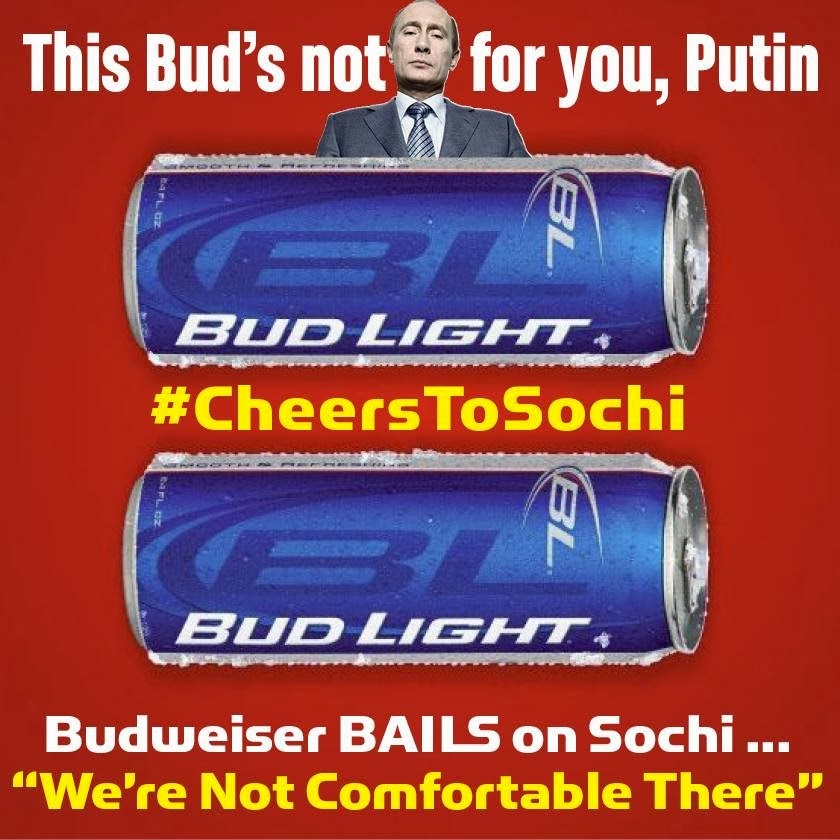 Budweiser has decided to pull its employees from the Sochi Winter Olympics.

In addition, there will be no “Club Bud” party for this year’s Olympians either, like the Bud bashes at the 2010 Olympics in Vancouver and at the 2006 Olympics in Turin.

According to TMZ, “it’s all because the company is not comfortable with the situation in Russia.”

“A rep for Anheuser-Busch confirms to TMZ Sports … there will be no Club Bud in Sochi.”

TMZ adds, “we’ve seen an email from a Budweiser rep which says the company does not want its U.S.-based representatives in Sochi … and the message is clear — the terrorist threat is simply looming too large.”

On the subject of terror attacks, a new CNN poll finds 57 percent of Americans think a terror attack at the Sochi Olympics is “likely.”  In 1996 at the Atlanta Olympic Games only 51% thought such an attack was likely.