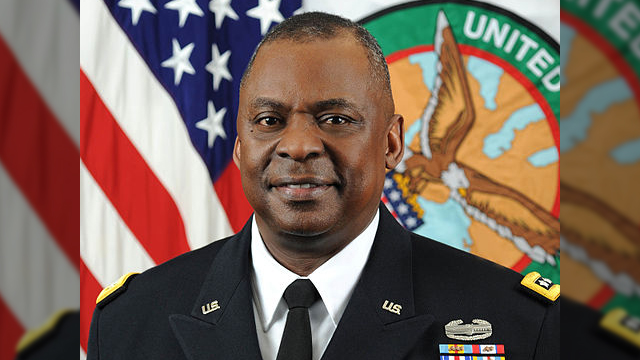 Retired four-star Army General Lloyd J. Austin III became the first Black defense secretary in the history of the nation following an overwhelming confirmation vote of 93 to 2 in the Senate.

Austin was sworn in as Defense Secretary shortly after the Senate approved his nomination. Congress had to first grant him a waiver from a law restricting those who are retired from military service fewer than seven years from leading the Pentagon.

Mr. Austin, 67, was the only African-American to have led the United States Central Command, the military’s marquee combat command, with responsibility for Iraq, Afghanistan, Yemen and Syria.

His most immediate agenda will include issues that have vexed administrations for a generation, and some newly on the rise. It includes an increasingly muscular China, an aggressive Russia, the protracted conflict in Afghanistan and a vague and looming threat of Iran made evident at the end of the Trump administration.

Today, I signed H.R. 335 into law, clearing the way for Lloyd Austin to serve as the next Secretary of Defense. I look forward to working with him to lead our military, revitalize our alliances, and ensure the safety of the American people. pic.twitter.com/joPIeG1pWN

It’s an honor and a privilege to serve as our country’s 28th Secretary of Defense, and I’m especially proud to be the first African American to hold the position. Let’s get to work. pic.twitter.com/qPAzVRxz9L

I am enormously grateful for the service and the sacrifices of those who broke barriers before me—and although I may be the first African American Secretary of Defense, it’s my hope that I won’t be the last. pic.twitter.com/cT3fU6whmE

Secretary of Defense Lloyd Austin released his first message to the Department of Defense. https://t.co/fX7apiONLA