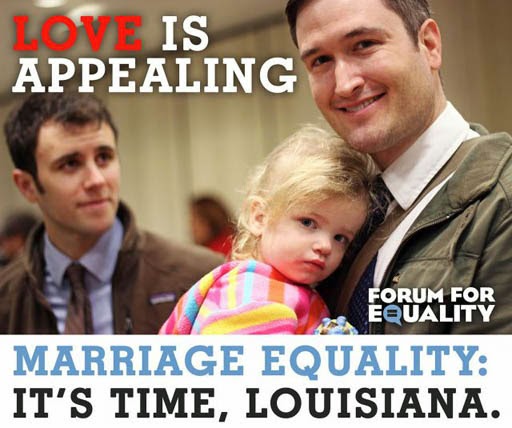 Lambda Legal, along with Forum for Equality Louisiana, have filed a request for review of the September US District Court ruling which upheld Louisiana’s anti-gay marriage law.

The groups are seeking U.S. Supreme Court review in advance of the hearing in the case, Robicheaux v. Caldwell, before the U.S. 5th Circuit Court of Appeals scheduled for January.

“The ruling from the lower court in this case is a time-warped reading of the Constitution and neglects developments in the law, including since the Supreme Court’s decision in Windsor,” said Lambda Legal Senior Counsel Kenneth D. Upton, Jr. “We have seen a blizzard of well-reasoned rulings in recent months holding similarly discriminatory bans unconstitutional, including rulings out of the Fourth, Seventh, Ninth and Tenth Circuits Courts of Appeal. We are asking for the Supreme Court’s review now while it is considering the Sixth Circuit decision because together these cases present the full gamut of aberrant arguments supporting these discriminatory bans, and, in Louisiana specifically, present in one state a case covering both the right of same-sex couples to marry, and for legally married same-sex couples to have those marriages recognized.