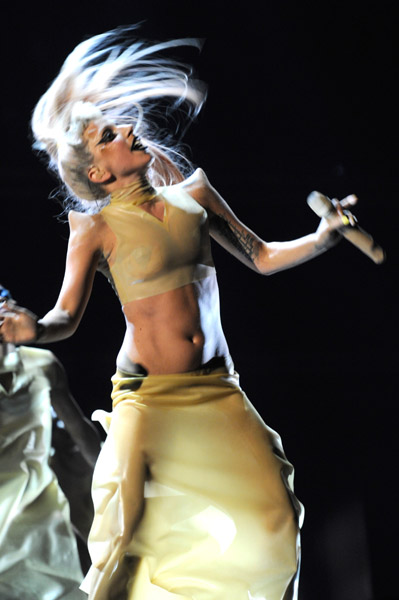 At a concert stop in Buffalo, NY, Lady Gaga asked the crowd to please email their state senator and ask him to support marriage equality.

From the Buffalo News: “There’s a senator here in Buffalo that’s on the fence about whether or not to vote for this particular bill and I would like to give you all his e-mail,” Lady Gaga told the crowd in HSBC Arena. “His name is Sen. Mark Grisanti.”

She urged her fans to e-mail Grisanti and suggested “2,000 e-mails in his BlackBerry this evening or tomorrow” might help sway his position on marriage equality.

Later, she posted this message on her Facebook page:

A spokesman for Sen. Grisanti said: “Sen. Grisanti has already reached out to the local chapter of Outspoken for Equality, and is meeting with them next week. Additionally, I have personally met with the Outspoken for Equality in Albany, and we had a very informative and constructive conversation. We look forward to learning more about their issues and concerns with regards to same-sex marriage.”

Lady Gaga has become famously outspoken on behalf of civil rights, and LGBT rights in particular. Her newest single, “Born This Way”, which has been attributed to her stance on equality for all, is a runaway hit. Elton John has called it “the anthem that’s going to obliterate ‘I Will Survive.'”