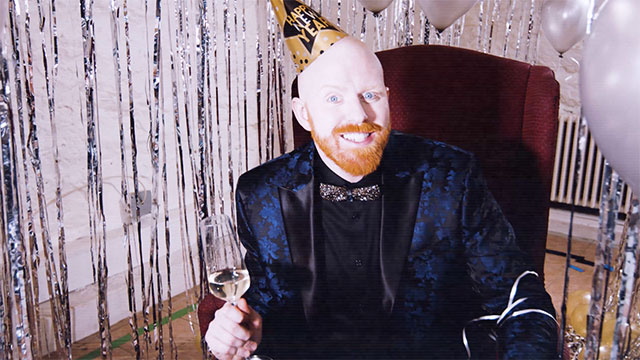 Out singer/songwriter Kyle Motsinger drops his new single and music video, “Dance This Out!”

The video, directed by Tyler Milliron of Milliron Studios, features Motsinger twirling in his own mylar-curtained ‘ballroom for one’ as he sips his New Year’s Eve bubbly solo.

“It’s how I think everyone must feel at the end of this awful year,” says Motsinger. “The song came from the idea that dancing can relieve stress and make you feel better. It’s actually scientifically proven!”

The track is from Motsinger’s second album, Any Way I Want It To. After an introspective debut album, Motsinger tells Instinct, “I wanted to let loose and have fun.”

Considering the year that was 2020, the song took on a new meaning for the singer by the year’s end.

“We have all ‘weathered the storm’ and feel like we’ve been hit by a speeding train,” said the sassy ginger. “It’s time to dance this year out!”

With vocal production by fellow singer/songwriter Corey TuT and music production by Smoke and Mirrors, Motsinger was thrilled with the results declaring the track to be his “most club-ready electronic song.”

Hit the play button and bust a few moves as we say goodbye to 2020.

“Dance This Out!” is available on iTunes and other digital download sites.

I recently covered the release of Motsinger’s dystopian “The Upside Down” here. 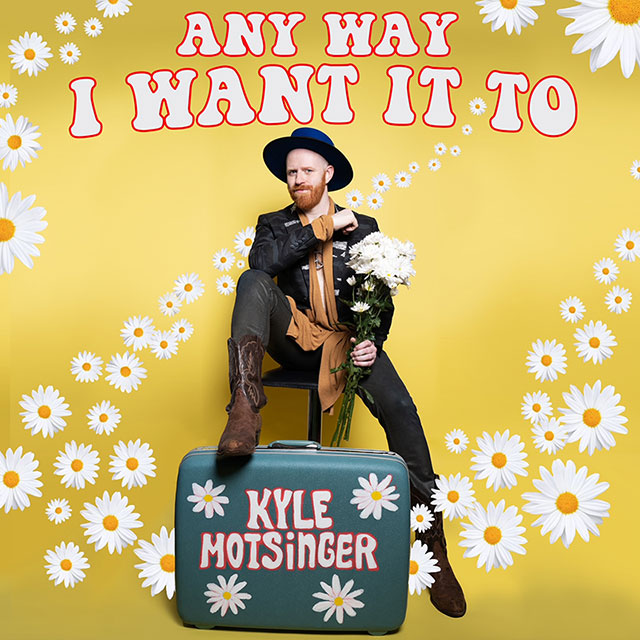