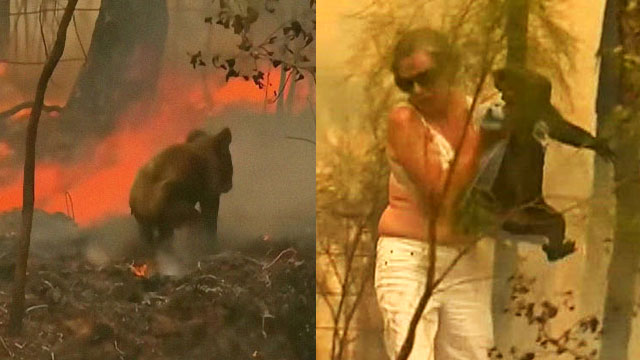 Last week, I shared the incredible video footage of a heroic woman saving a koala bear who was badly burned in an Australian brushfire.

The viral video showed a local woman named Toni Doherty who ran to the koala’s rescue. She quickly took off her own shirt to protect the crying animal and then poured water over it to try and cool the burns.

Sometimes, heroes don’t wear capes. They save the day dressed in a bra and sensible sandals. 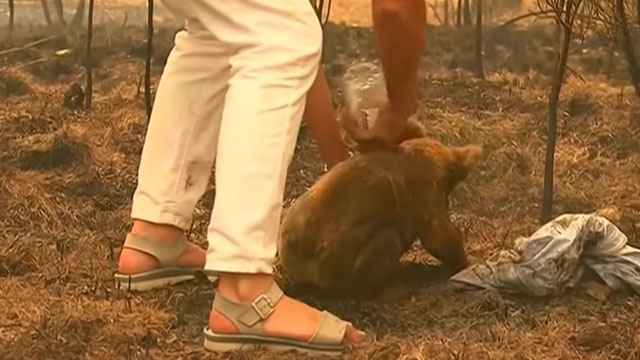 The injured koala was eventually taken to the Port Macquarie Koala Hospital for treatment.

The country’s koala populations have been a major victim of the flames, with more than 350 of the marsupials feared killed in a major habitat.”

But today comes the sad news that Lewis’ injuries were more than his little body could bear and the hospital doctors were forced to help the koala pass away as peacefully as possible.

The Koala Hospital of Port Macquarie shared on its Facebook page the sad news:

“Today we made the decision to put Ellenborough Lewis to sleep. We placed him under general anesthesia this morning to assess his burns injuries and change the bandages. We recently posted that ‘burns injuries can get worse before they get better.’ In Ellenborough Lewis’s case, the burns did get worse and unfortunately would not have gotten better. The Koala Hospital’s number one goal is animal welfare, so it was on those grounds that this decision was made. We thank you for your ongoing support.”

Due to deforestation, and now the bushfires, the koala population has been massively impacted.

TIME reports that over 1,000 koalas have perished in the raging fires over the past two months.