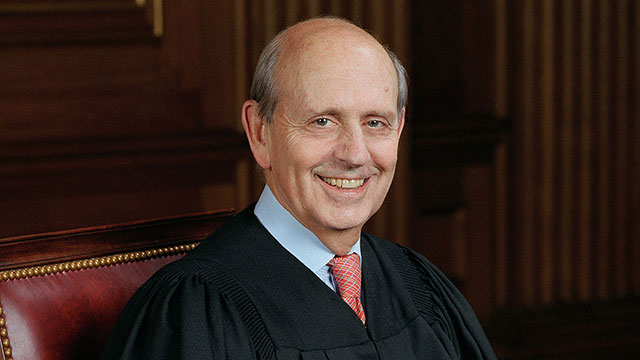 Justice Stephen Breyer will retire from the Supreme Court at the end of the current term, according to NBC News.

His decision will give President Biden the opportunity to appoint a successor who could serve decades on the high court.

Breyer, who is 87, is the oldest member of the Supreme Court and has served there for more than 27 years.

Liberal activists have urged him for months to retire while Democrats hold both the White House and the Senate — a position that could change after the midterm elections in November.

They contended that Justice Ruth Bader Ginsburg stayed too long despite her history of health problems and should have stepped down during the Obama administration.

Ginsburg’s death from cancer at 87 allowed then-President Donald Trump to appoint her successor, Amy Coney Barrett, moving the court further to the right. An appointment by Biden could keep Breyer’s seat on the liberal side of the court for years or decades to come.

During the 2020 presidential campaign, Biden promised to appoint the first Black woman to the court.

Names that have been mentioned for some time now include U.S. Circuit Judge Ketanji Brown Jackson of the Court of Appeals for the District of Columbia, a former Breyer law clerk; and Leondra Kruger, a justice on California’s Supreme Court.

The Senate votes on SCOTUS nominees where a simple majority is all that’s required to approve the president’s appointee.

Biden in March 2020: “Number one, I committed that if I’m elected as president & have the opportunity to appoint someone to the courts, I’ll appoint the first Black woman to the Court. It’s required that they have representation now — it’s long overdue.” https://t.co/FfTsDIaq3a

According to several reports, an official announcement is expected at the White House tomorrow.

Justice Stephen Breyer has long been an important player in the history of LGBTQ rights.

GLAAD reminds us that Breyer voted with the majority in several landmark Supreme Court cases securing the rights of LGBTQ citizens, including:

• Lawrence v. Texas (2003) – securing the Constitutional right to privacy and dignity for LGBTQ people and relationships

Justice Breyer's legacy will include elevating the dignity and rights of LGBTQ citizens. Our country is more just because of his service.https://t.co/ybO8ZEBwDM

The two leading candidates to replace Breyer, Judge Ketanji Brown Jackson and CA SC Justice Leondra Kruger, both have a platinum-plated resume every bit as prestigious and rarefied as those of the last several appointees. Including the most prestigious clerkships in the country.